Dear readers, this is the last episode of the jouney. I’m already back in Italy since a couple of weeks, and I’ll tell you the last part of the trip: Cuba
About Cuba we could talk for an entire blog, especially from the political point of view. Who loves it, who hate it, who sees it from a perspective, who from another. Who see it as an example of the failure of communism, who of a success of that, since, despite an economic embargo that lasts since decades, the average standard of living is still higher than in neighboring islands like Haiti, Santo Domingo and Jamaica. Also the majority of Mexicans are worse. Embargo imposed by the United States and justified because of the violation of human rights.
In this trip I went through most of South and Central America. The crimes against humanity committed by U.S. directly or indirectly are literally unspeakable, nothing to envy to those Nazis, and they speak of human rights in Cuba, that thanks to the revolution escaped them! We are at the final comic!
Then there is the certainly dramatic problem of the censorship, unacceptable to us used to say everything we think or know. As long as we stay within the limits of what the power wants to be told. Otherwise you better be ready to run inside the Ecuador embassy, because they will always find a girl with whom we fucked without a condom. So, in Cuba there is a ban to transmit. With us there is “permission to transmit and the prohibition to speak.”

I went already to Cuba 15 years ago and has not changed much. The center of Havana is falling to pieces, a large piece of cornice missed me for a couple of meters before disintegrating on the ground. Almost all the food shops are old and usually empty, vegetables are rare, the meat is found only in a few.
The prices between tourists and Cubans are very different, next to a store that sells a pizza for 5 cuc ($5, even at Leicester Square in London don’t dare so much) you find one that sells it for 5 pesos, one-twentieth of a dollar! In some cases, tourists can buy in pesos, in others not. To sleep and eat you can spend a lot or very little, I had a large apartment in the center of Havana, all for me, for just 15 dollars. To get around is quite expensive though.
Yet Havana is magical and unique. On the streets, thre are beautiful big American cars of the 50s, usually still in perfect condition. In the center, people are on the street listening to music, playing dominoes, baseball, football. Always ready to start up a conversation, telling their lives and speaking bad of the government. You are never alone and, despite the poverty, it is not dangerous, unlike almost all the big cities of Central and South America.
In the night people remain in the streets, in front of the house doors. Among the dim lights there are occasionally cocktails bars, some refined, some ugly, where in addition to alcohol they try to sell cigars, viagra, condoms and more. In the weekends they sit on the malecon, the waterfront, drinking and listening to music.

A couple of days after my arrival, I met again Eva, the Slovakian girl who lives in Costa Rica and with whom I had traveled to Panama and later in Nicaragua. After two days in Havana, we went to Vinales, near Pinar del Rio, where there are spectacular landscapes with rocks and cigars and rum is produced.
From there in Trinidad , an old colonial town, with cobbled streets and colorful houses. Very photogenic.

And now the photos. 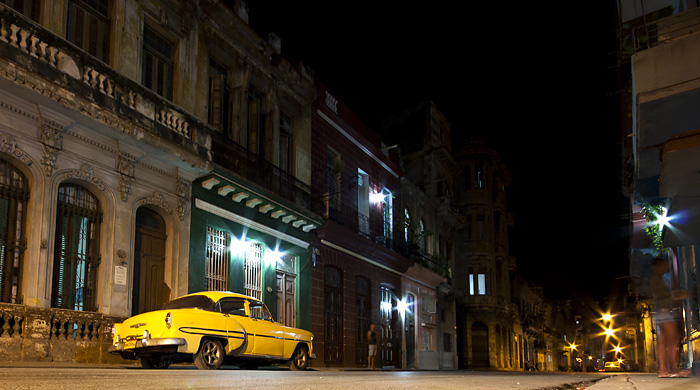 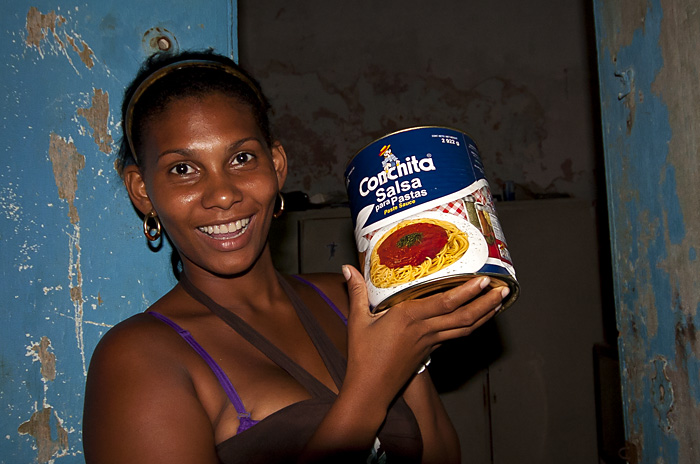 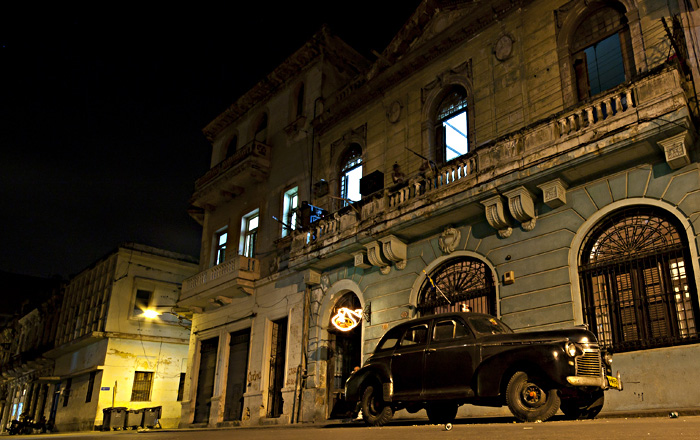 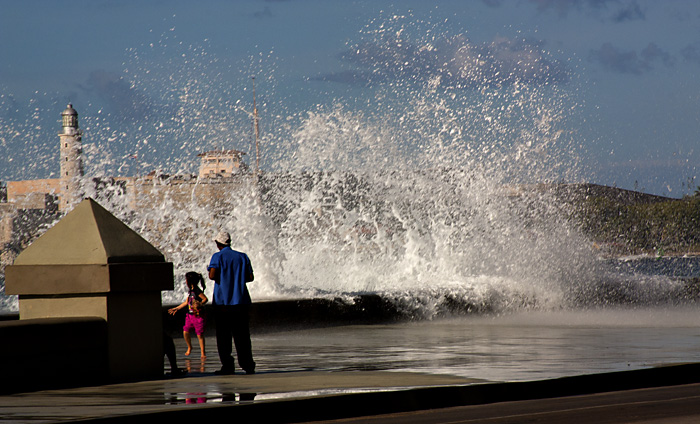 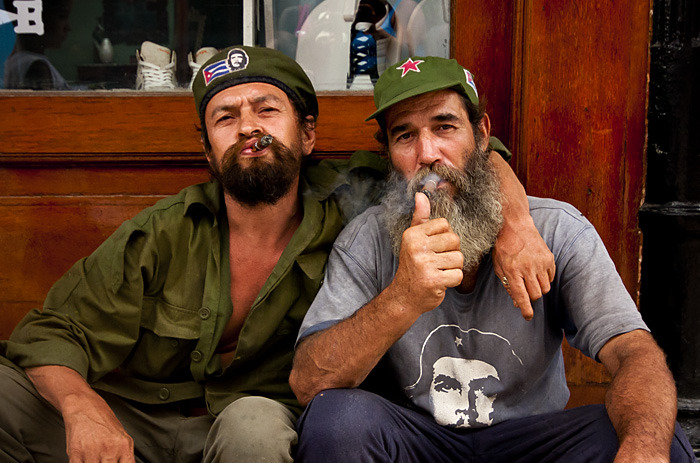 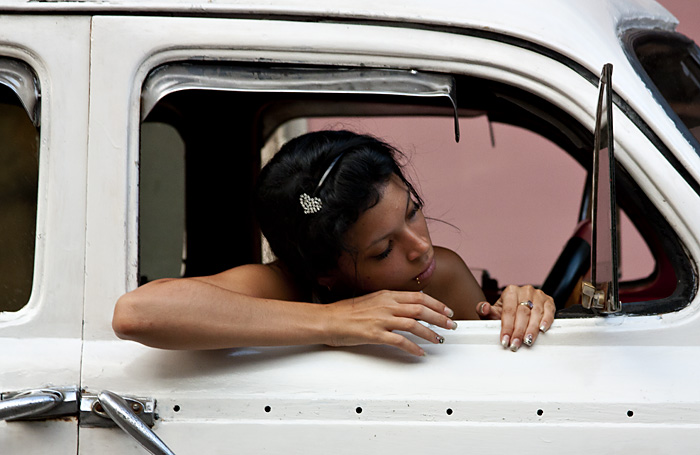 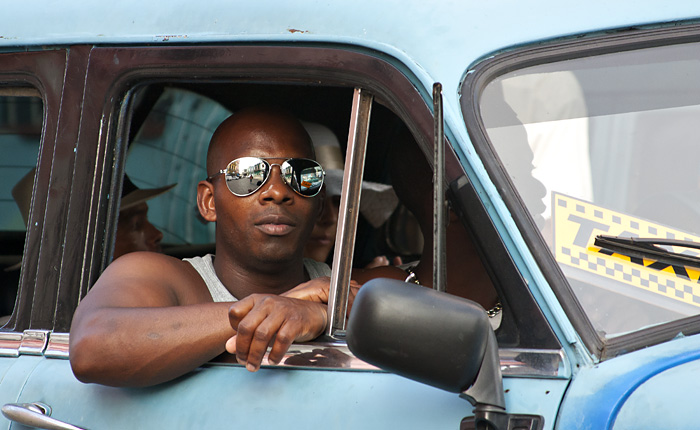 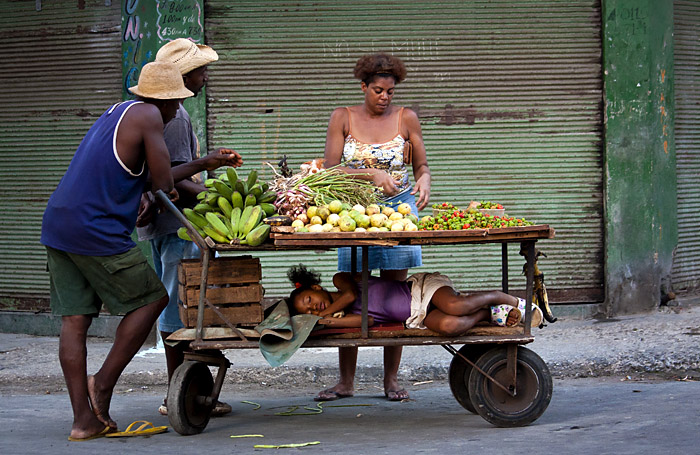 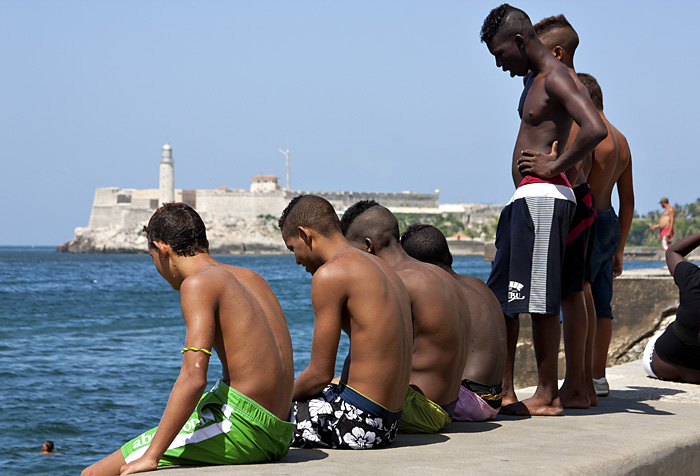 Boys dive from the Malecon. 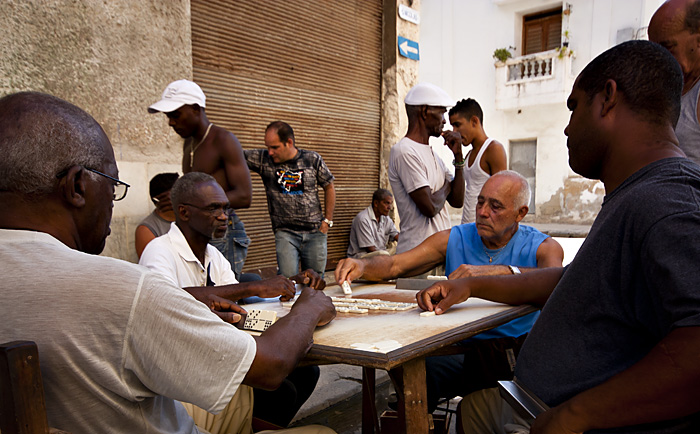 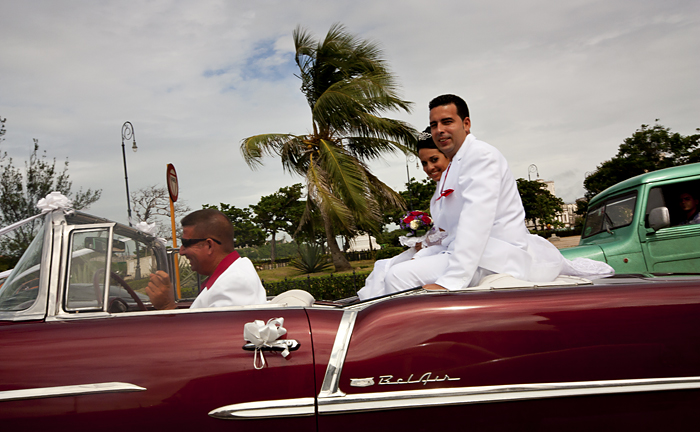 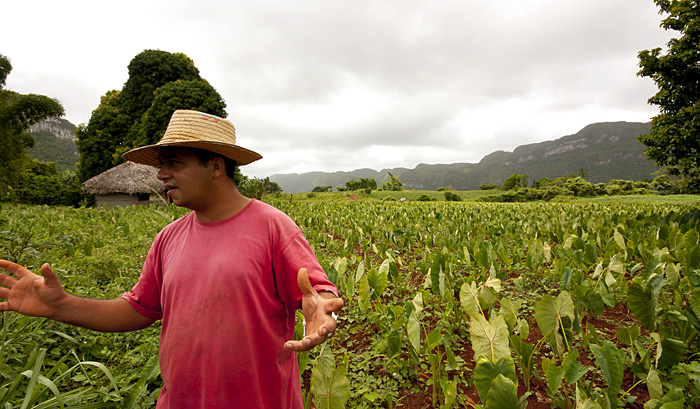 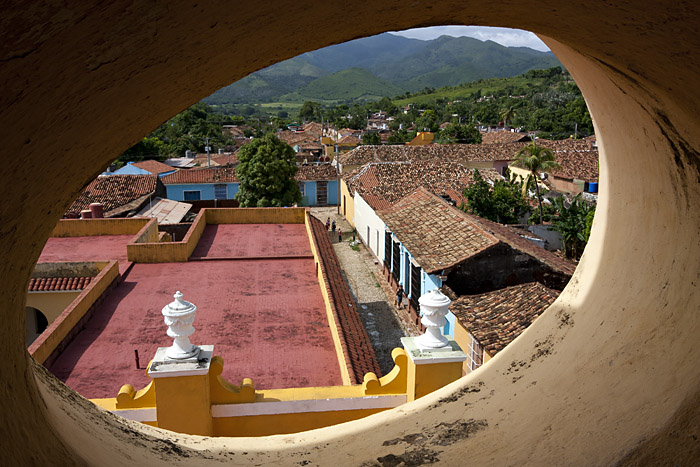 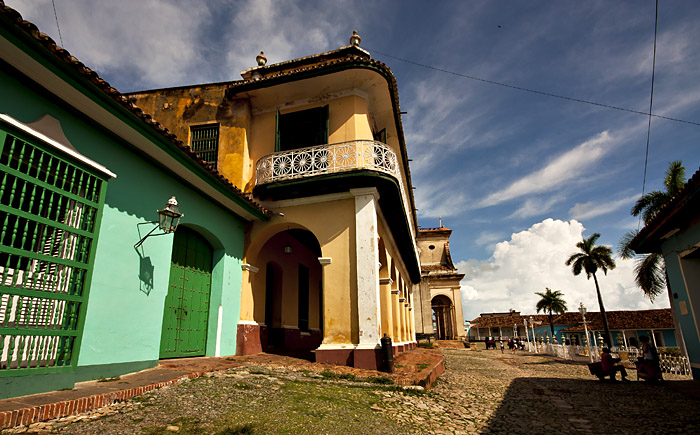 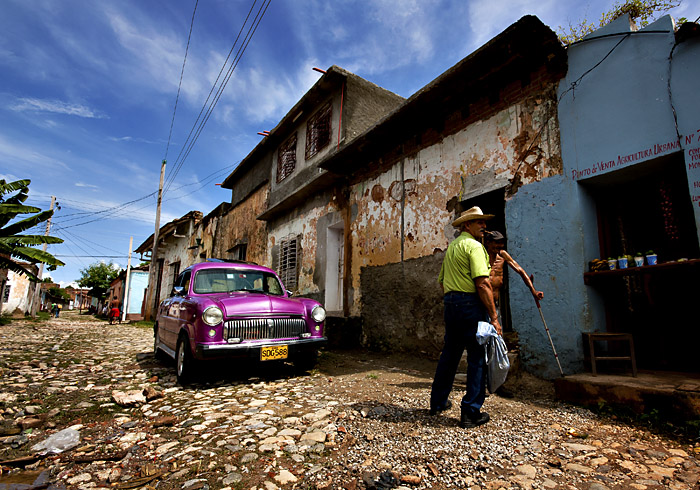 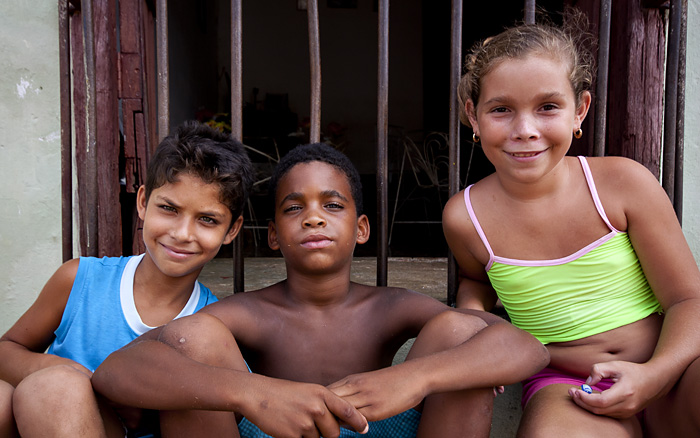 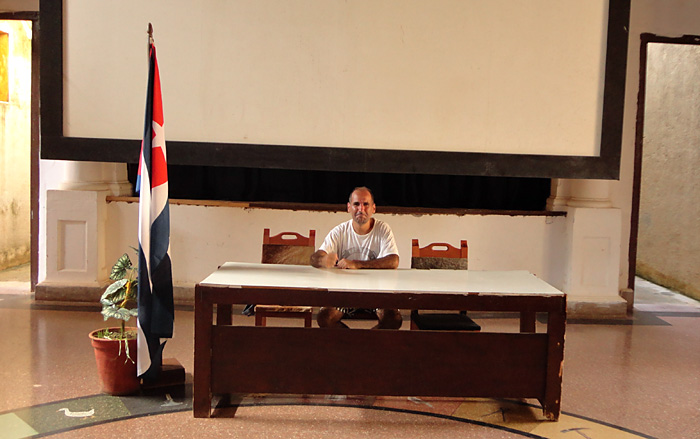 Fidel, as you know, disappeared into thin air, then I speak:
Comrades, stop being catastrophic! The victory is near. The production of sugar cane rose, rum and cigars abound, roll up your sleeves and let’s stop whining! It’s all perfectly fine … ehhhh, wonderfull!! 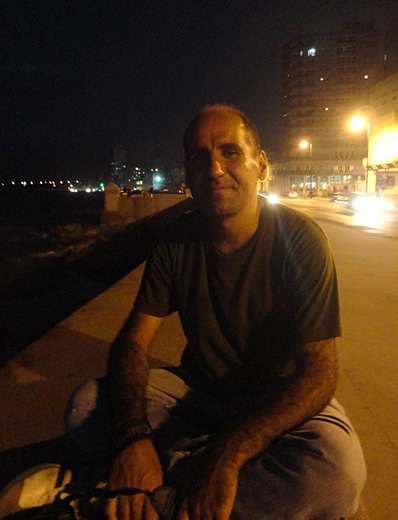 Map of the trip.
Fast summary. I started on January 17th to Salvador de Bahia in Brazil. I went south to Porto Seguro, then north along the coast to the mouth of the Amazon river in Belem. From there, with a ship I sailed up the river to Manaus where at the beginning of March, I flew to Bogota, Colombia.I first visited the north (Cartagena, Tayrona Park, Lost City etc …), then I went to the south, Medellin, the area cafetera, San Augustin, and on mid April, I arrived to Otavalo, Ecuador. I passed through the Amazon rainforest to the east, until the beach near Guayaquil southwest. Then north again, quickly back in Colombia, up to Capurgana, near the border with Panama, where I arrived in late May by boat through the archipelago of San Blas. I went to the Pacific in Santa Catilina, again in Bocas del Toro on the Atlantic and mid-June I arrived in Costa Rica. Even there I touched both oceans, as well as inland areas of Monteverde and La Fortuna. At the beginning of July I arrived in San Juan in Nicaragua, and from there island Ometepe, Granada and Leon. In mid-July I crossed quickly San Salvador and came to Antigua in Guatemala. I went to the Honduras Maya site of Copan and to Caye Caulker in Belize. Back to Lake Atitlan in Guatemala and from there to the beginning of August in San Cristobal, Mexico. After Oaxaca, I went to the Pacific in Mazunte, and to Cancun on the Atlantic to fly to Cuba.
Seven and a half months, 12 countries, thousands of miles run, no phone, new friends and amazing images that will bounce forever in my mind.