Hello guys! I am again in Guatemala, in the village San Pedro La Laguna, by the spectacular lake Atitlan. About 50 km wide and deep 340 meters, the lake is surrounded by three volcanoes and about fifteen Mayan indigenous villages, each with its own customs, traditions, dressing, and language.

Most of these villages suffered terrible repression during the civil war from 1960 to 1996, when, as elsewhere in Central America, the class struggle merged with the struggle between conquerors and natives. In fact, the populations of these areas have suffered massacres, atrocities, and violence well before that civil war. The repression began since the Spanish conquest, and it’s amazing how these people survived so many centuries without losing their identity.
A civil war which, needless to say (it’s like repeating an atrocious rhyme) was due mainly to the United States, preoccupied, as always, with the social gains achieved democratically by the people of Guatemala. More than 250,000 deaths, but they are Guatemalans, not from the U.S., so who cares. 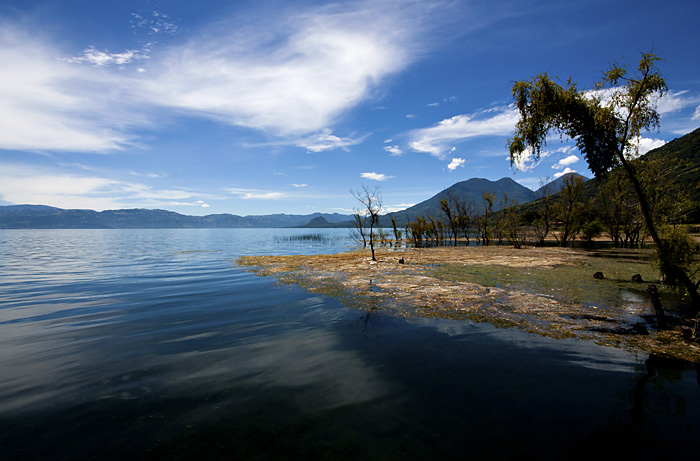 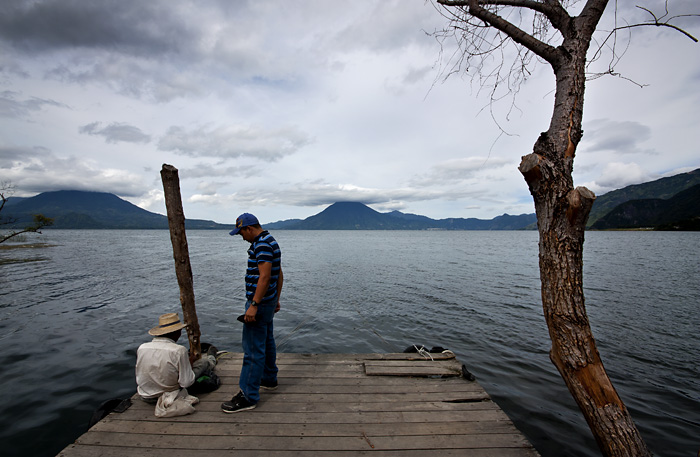 View of the lake from Panajachel. In the background, the volcanos. Among the various villages, it is possible to travel by boat or by land. In both cases, passing through charming sceneries. 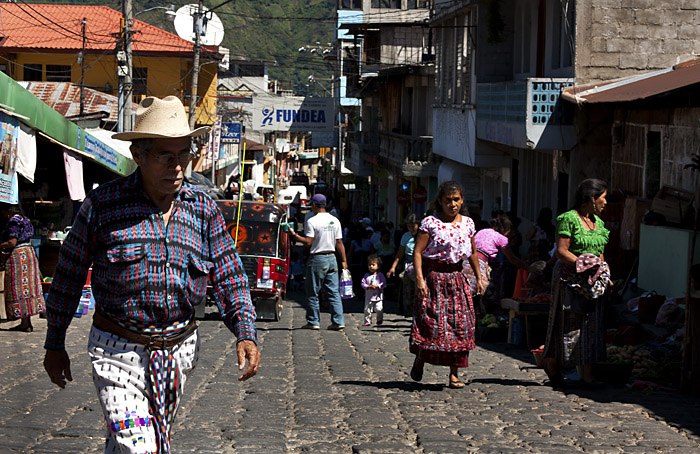 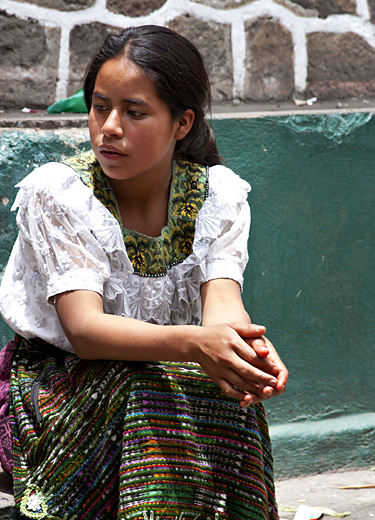 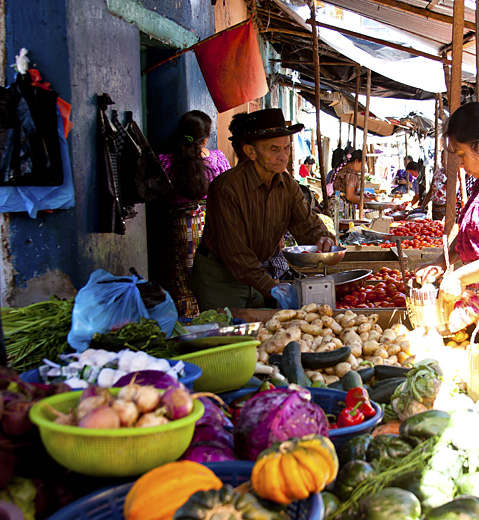 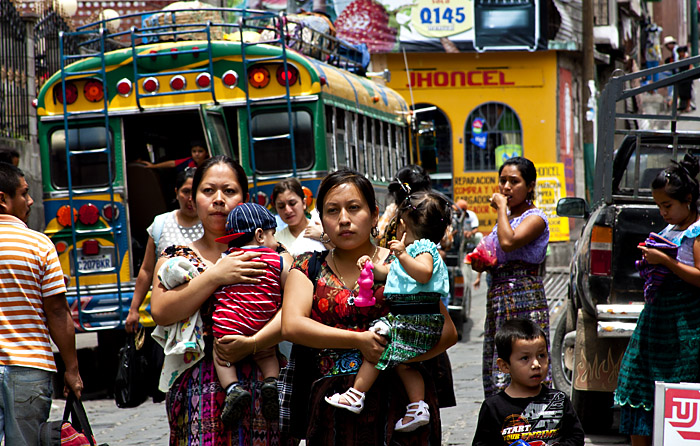 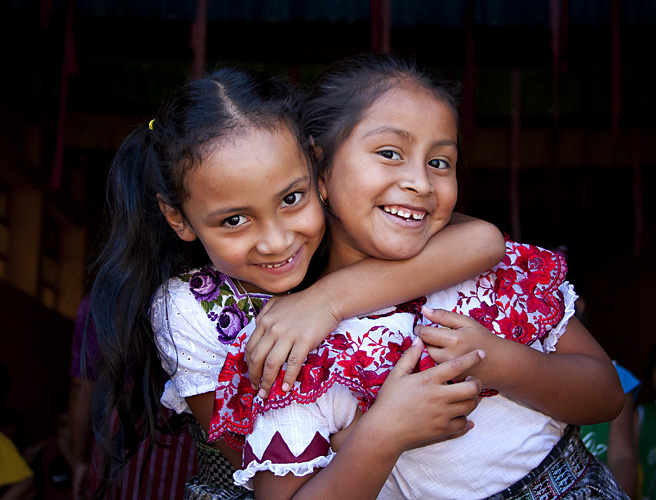 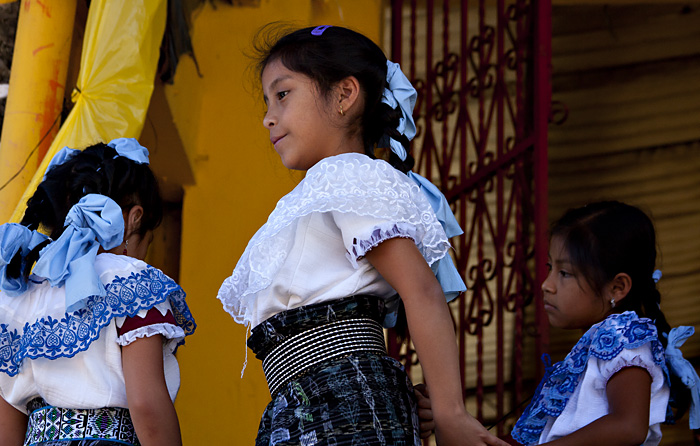 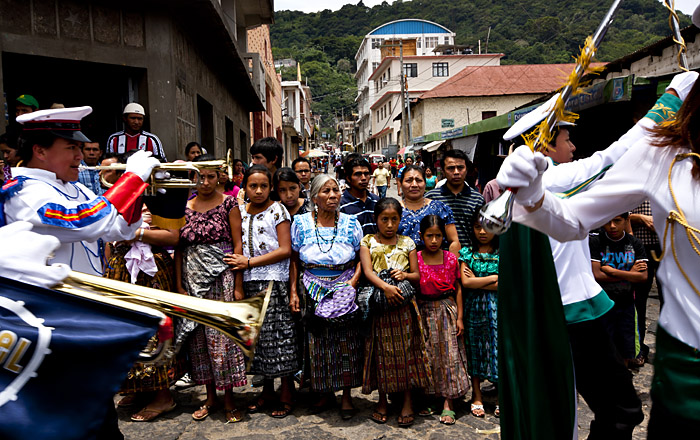 A banda parades through the streets. 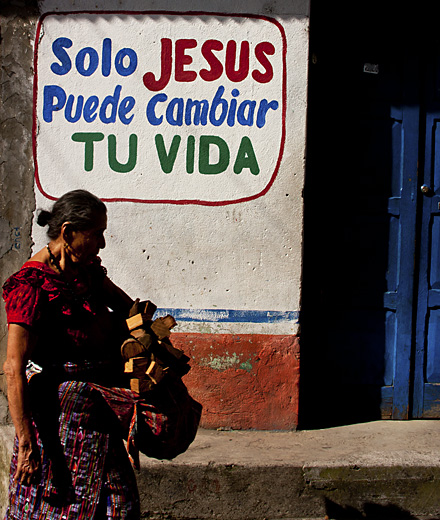 Religious writings on the walls. 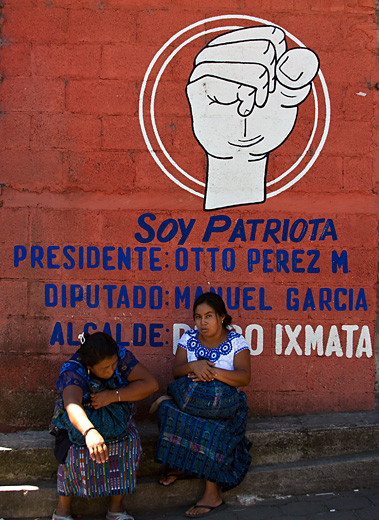 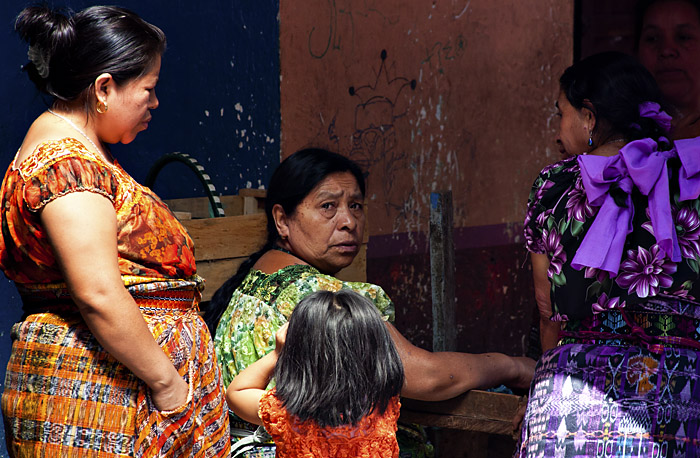 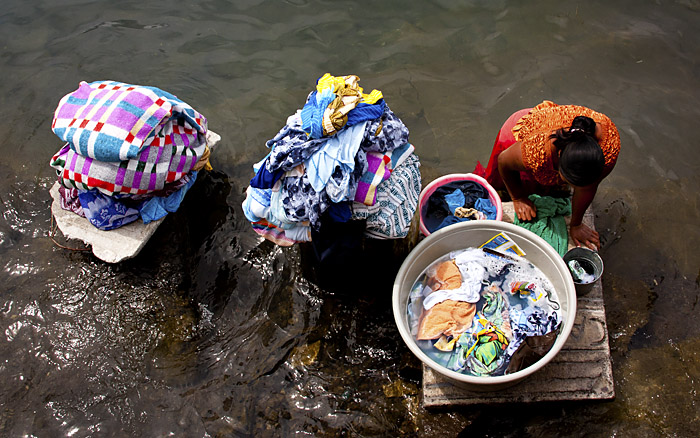 Lady washing clothes in the lake. 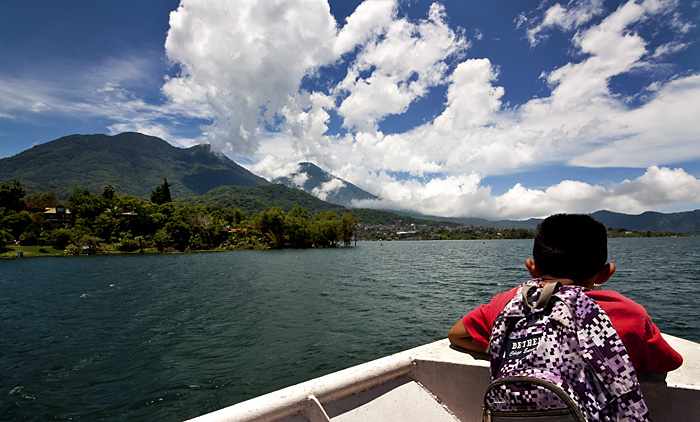 On the boat to Santiago, a town located between two volcanoes. 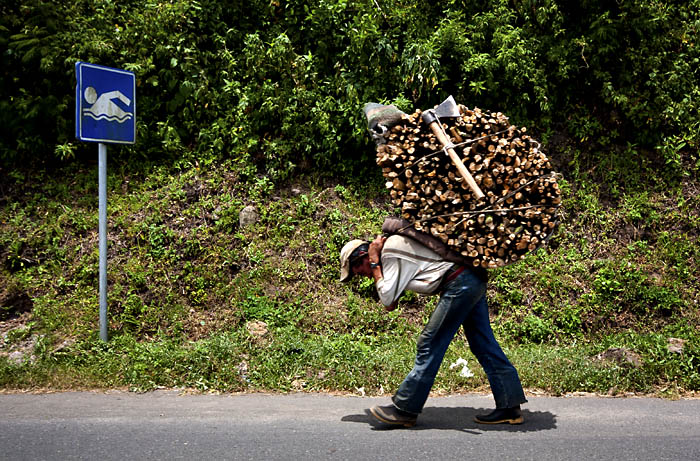 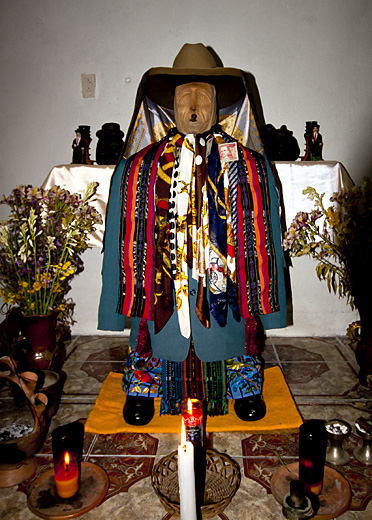 Mascimòn (or Maximon), a Mayan saint of obscure origins. Probably, he is a Mayan god syncretized with Catholic influences. He is hosted each year in a different house in Santiago. The faithful offer him money, cigars, and alcohol. 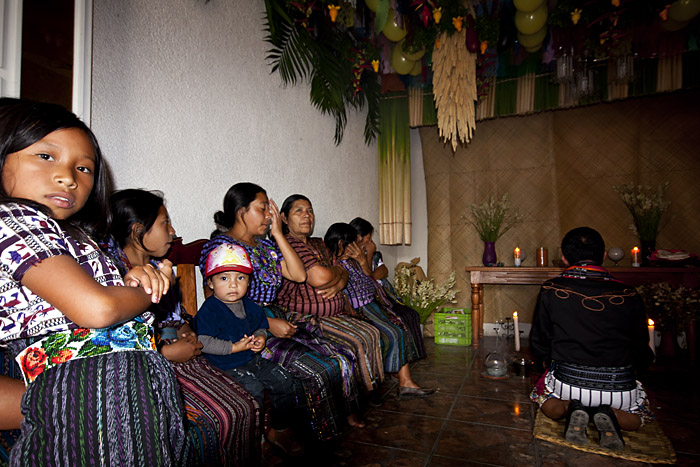 Ceremony inside the house where is hosted Mascimòn. The man on the knee is the shaman. 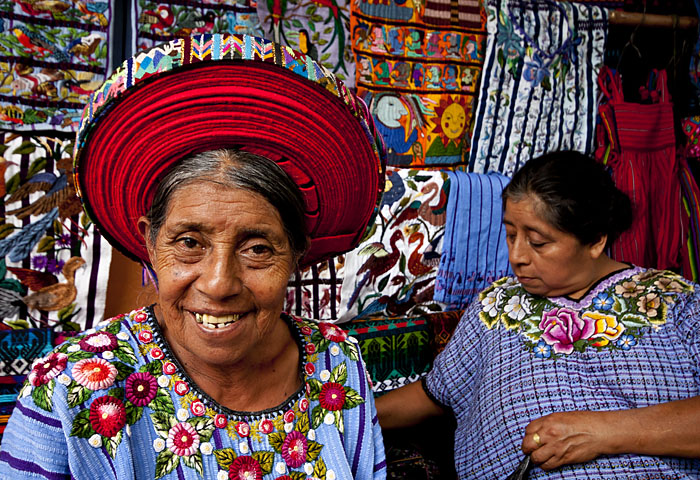 The face of this lady was chosen for the 25 cents Guatemalan coin! 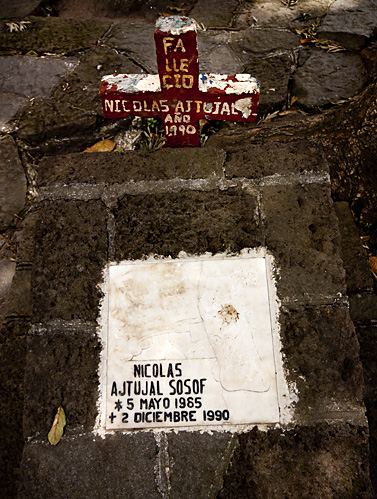 The people in Santiago have undergone countless repression by the Guatemalan army. The latest massacre took place on December 2, 1990, when the army opened fire during a peaceful demonstration, killing 14 people, including children. 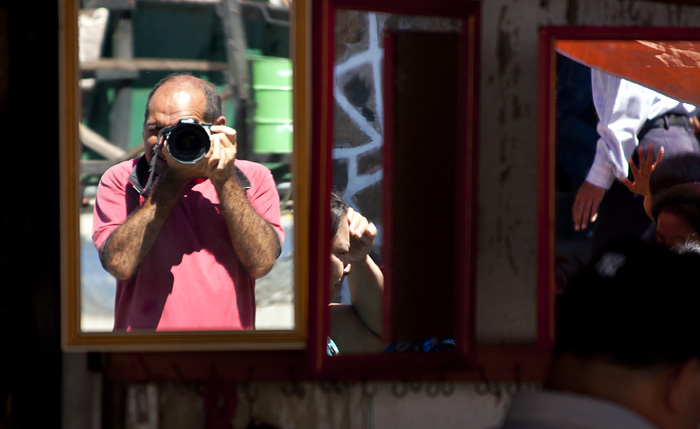 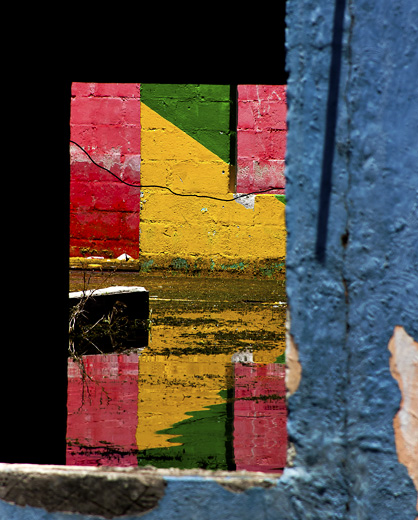 36 thoughts on “Lake Atitlan in Guatemala”