Hi friends! I’m in Oaxaca, Mexico, where I arrived after a few days in San Cristobal de las Casas, the lovely city in Chiapas known for having been occupied in 1994 by the Zapatista Army of Liberation national (EZLN).

The occupation took place on the same day of the catastrophic economic agreement NAFTA with the United States and Canada. An agreement that, soon after, brought even more misery for the poor and the indigenous in Mexico.
After several armed clashes with the Mexican army and some accords with the government (rarely respected by the latter), the EZLN announced the cessation of armed struggle except for strictly defensive reasons. They invited all revolutionary leftist movements of the world to unite in solidarity and to work together to resist neoliberalism, as declared in their last official statement, in June 2005, the Sixth Declaration of the Lacandon Jungle.
Some municipalities in Chiapas are under their control.

San Cristobal is charming, with narrow cobbled streets, colorful houses, colonial churches, and indigenous women in colorful dresses carrying their children on the shoulder. All of Chiapas looks fantastic.

Now I am in Oaxaca, which I visited already fifteen years ago. I met a friend from my hometown (Benevento), Ketty, and her mate, Gianluca. But I will tell you about this in my next post. 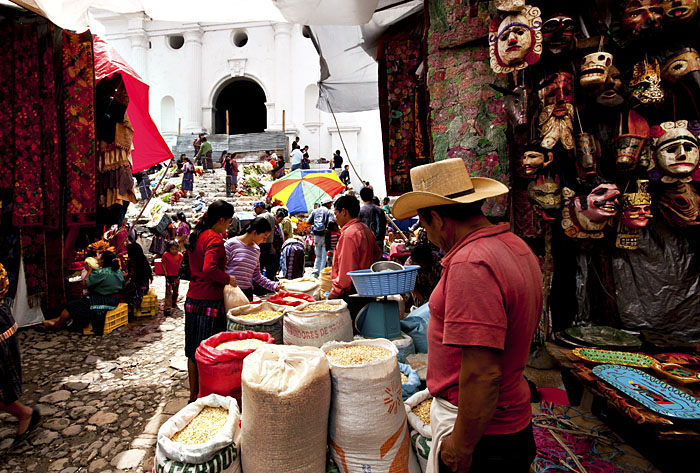 A few more photos of Guatemala, in the Chichicas market, about 20 km north Lake Atitlan. 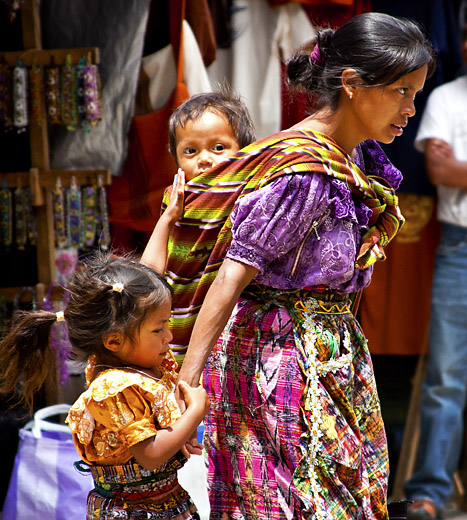 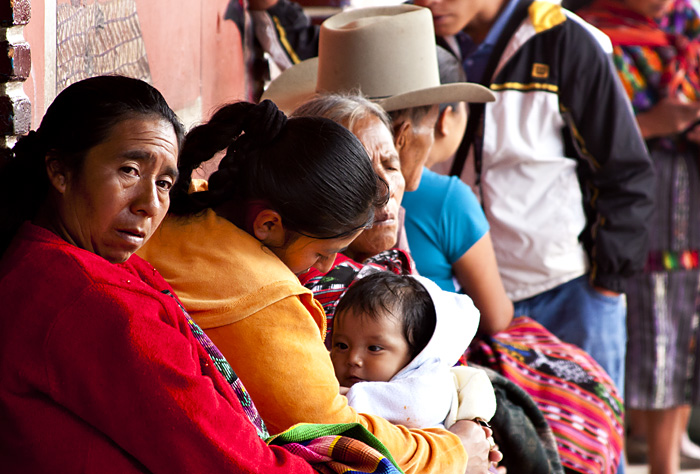 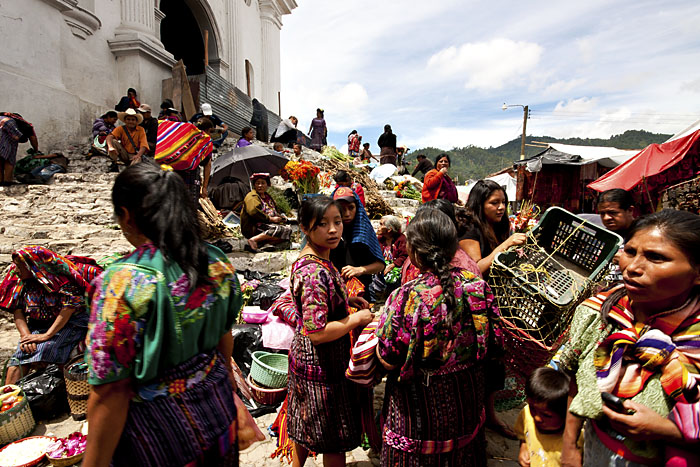 On the steps of the church. 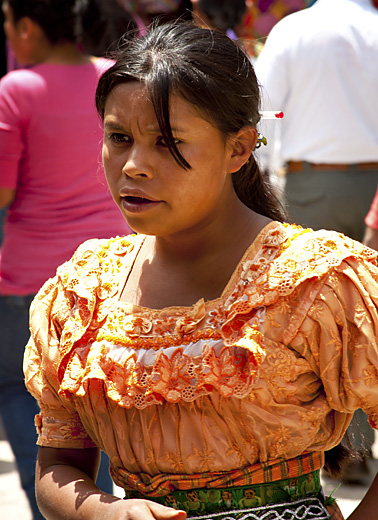 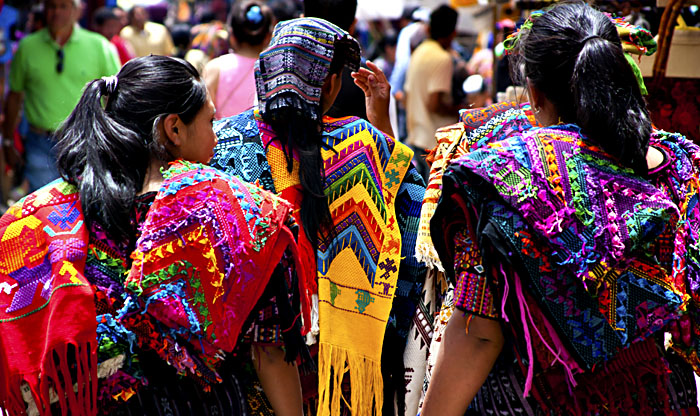 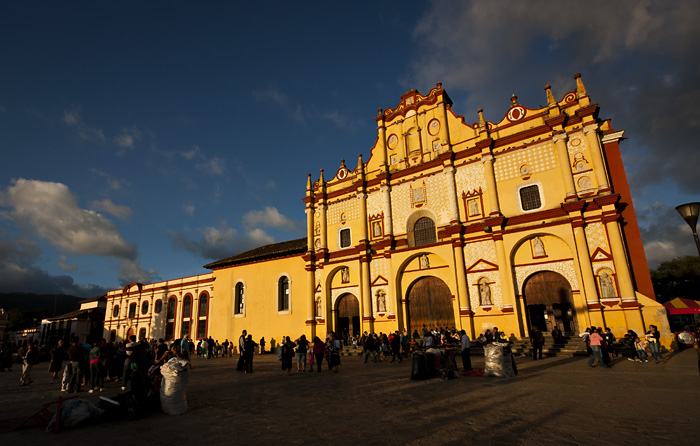 The main square in Cristobal de las Casas, Chapas, Mexico. The city is situated at 2200 meters altitude and is surrounded by mountains. 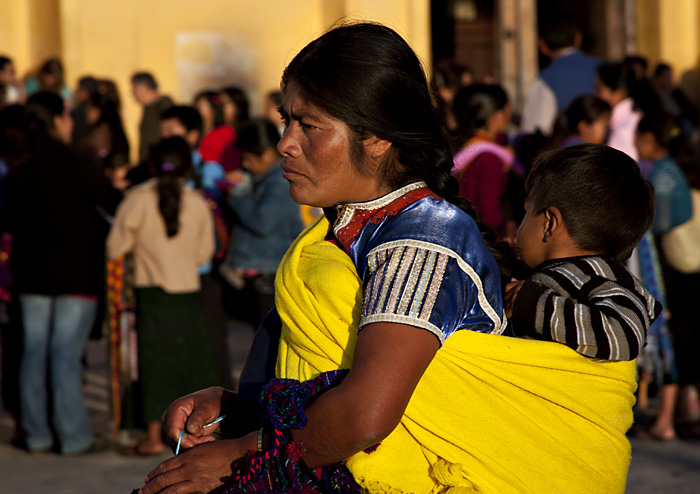 Woman bringing her son on the back. 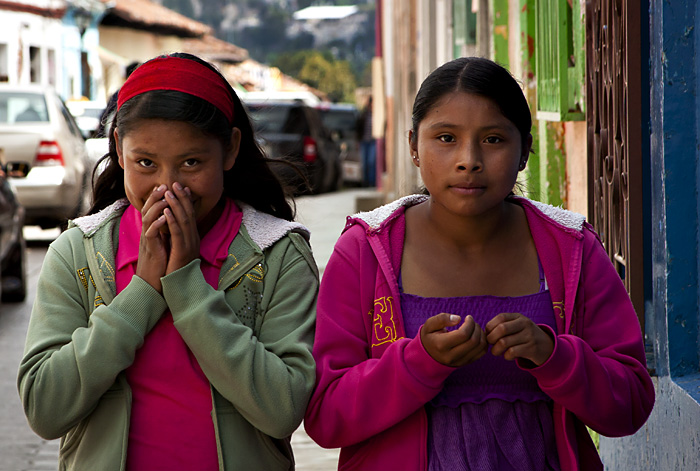 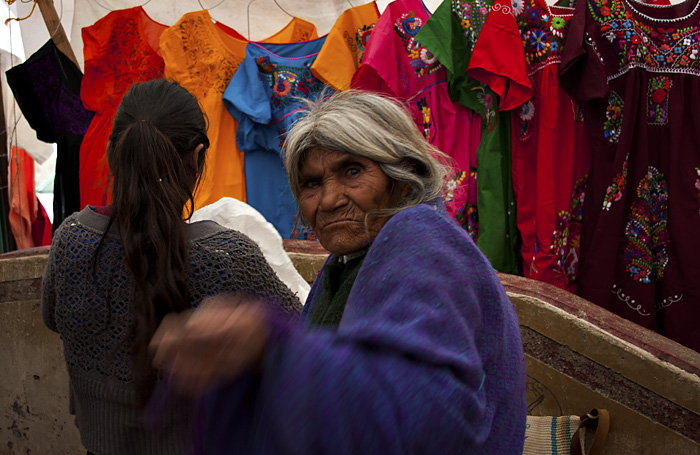 Sometimes people in Chiapas don’t like to be photographed, like this sprightly old lady that got upset. 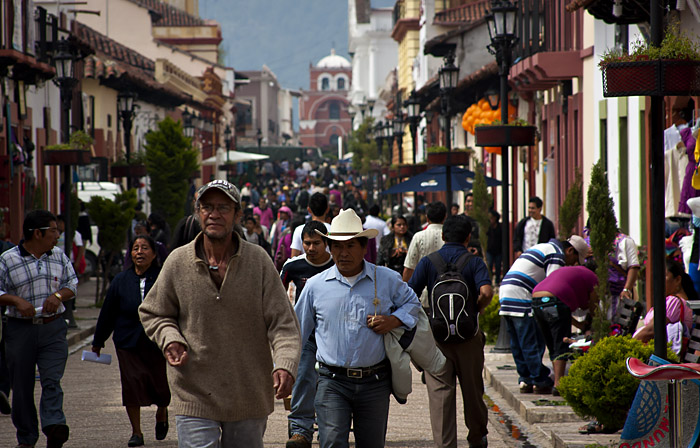 A street of San Cristobal. 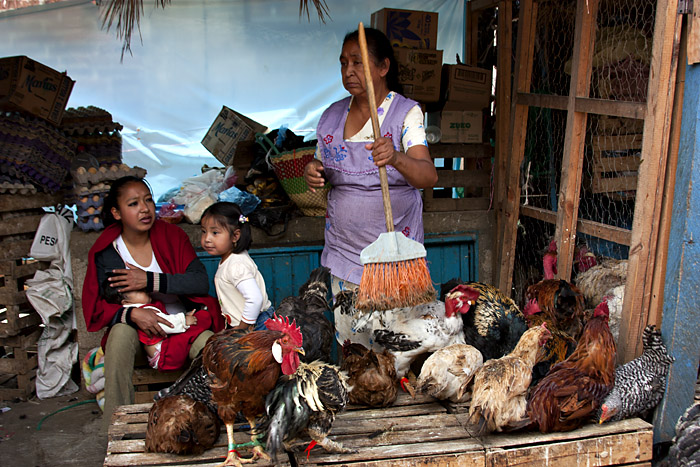 Chickens at the market. 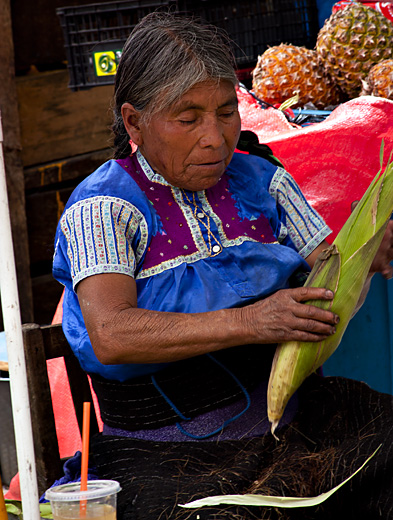 A woman at the market. 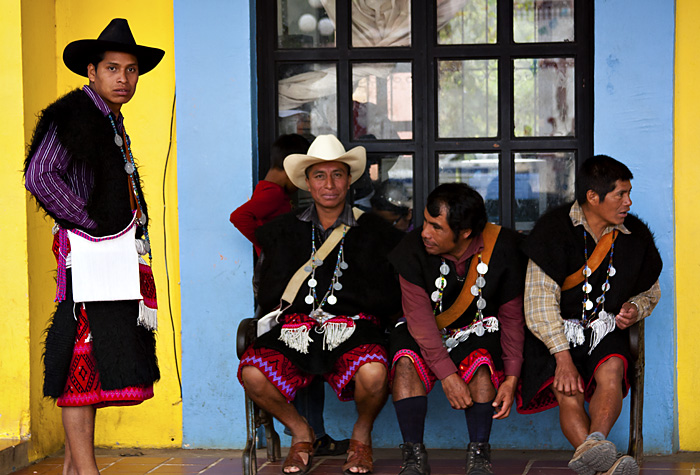 Gentlemen dressed in a very particular way in Tenejapa, one of the villages around San Cristobal. 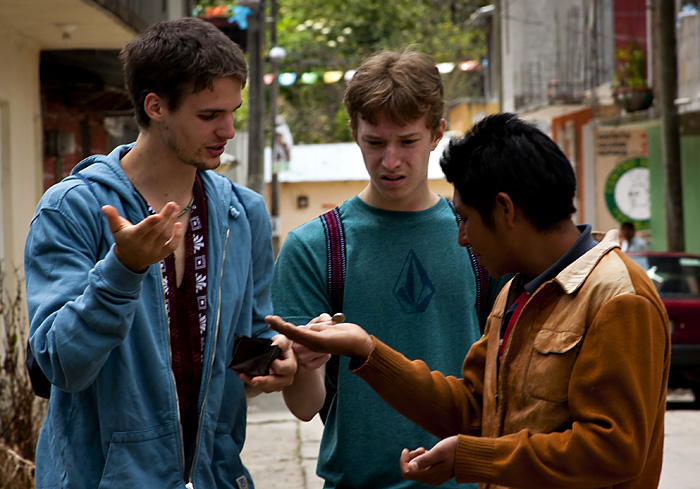 I went there with two Italian guys, and, shortly after, an odd guy insisted on being our guide. But he couldn’t speak English, nor Italian. Actually, not even Spanish (as also us, by the way). Here is asking for a generous tip. We still haven’t understood for what. 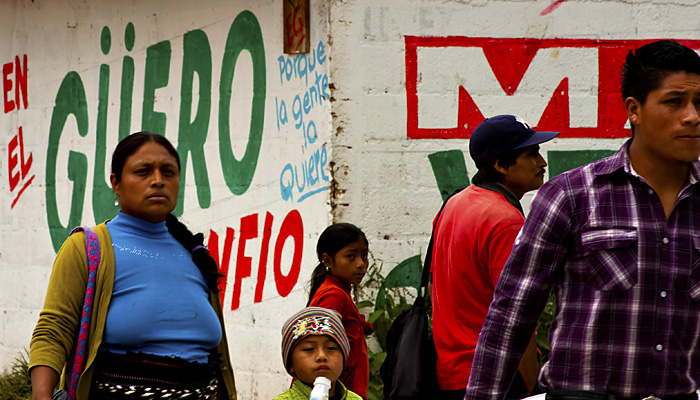 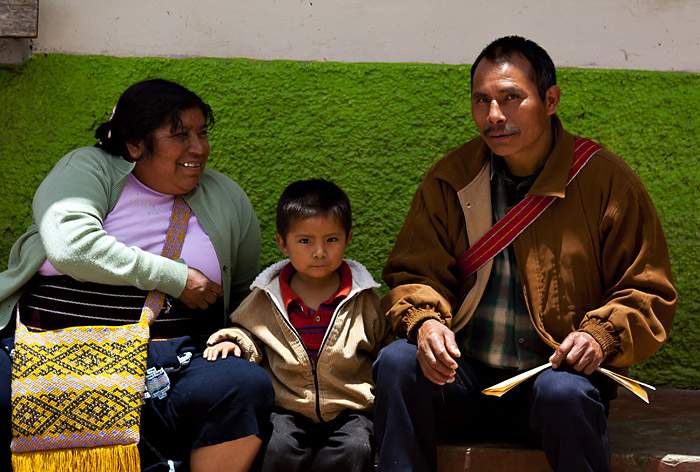 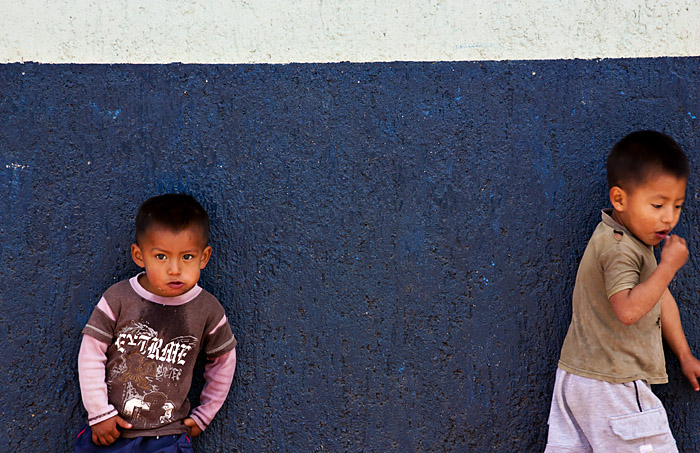 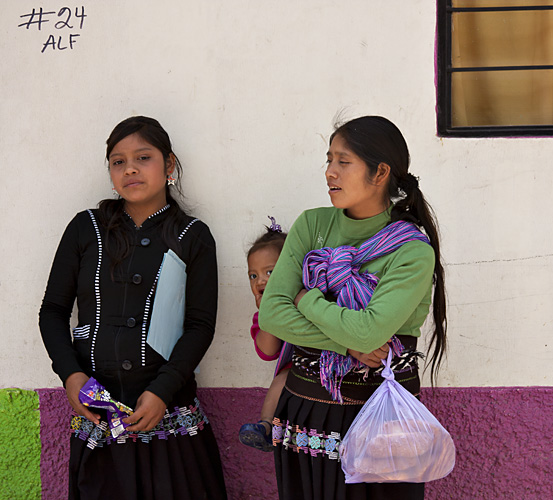 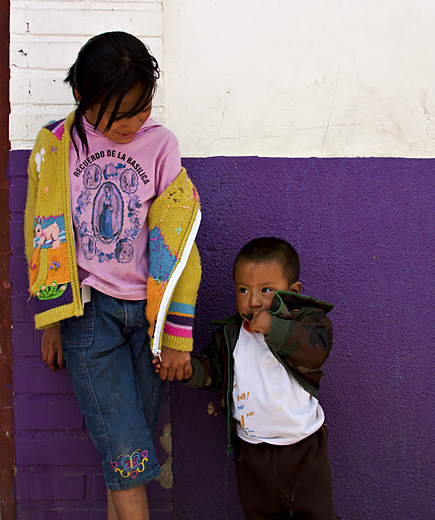 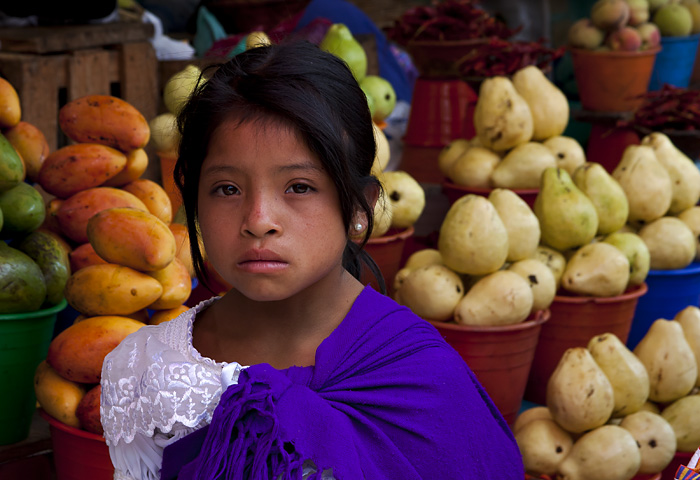 Back in San Cristobal, a little girl at the market. 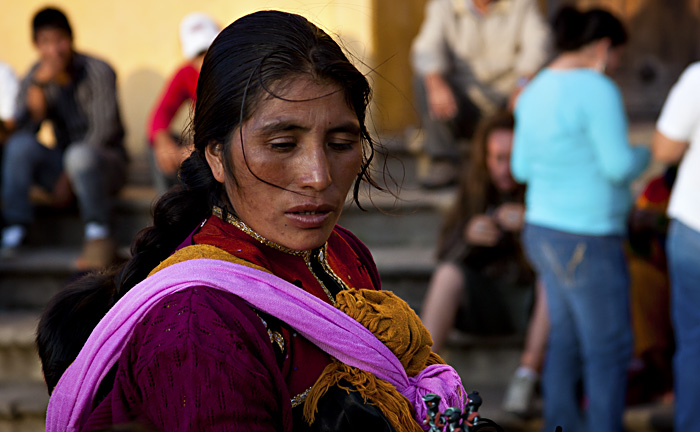 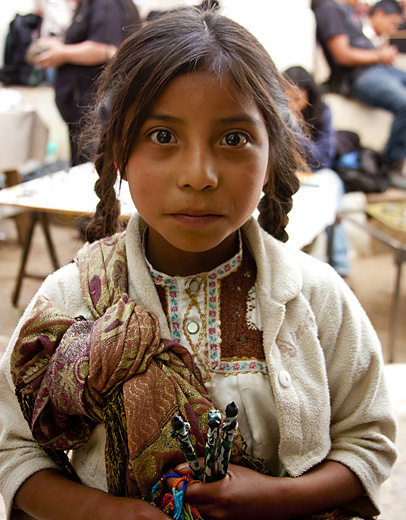 On the streets, cute little girls sell souvenirs. From this one, I bought a Subcomandante Marcos pen-shaped. 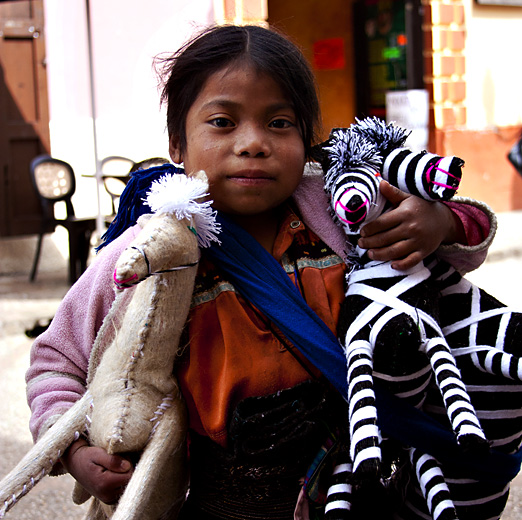 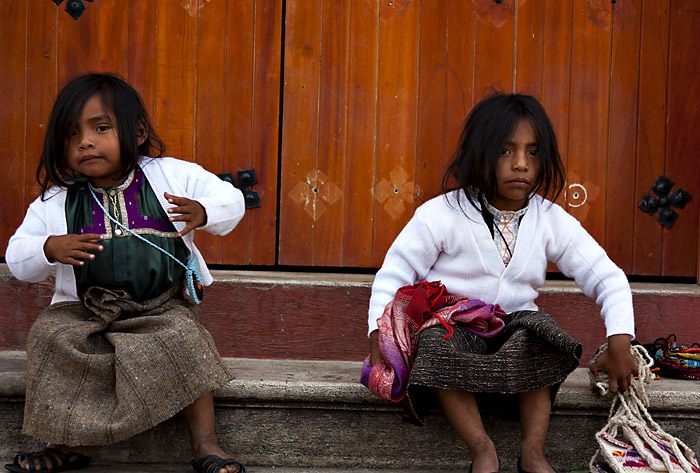 Next time I’ll put some photos of San Juan Chamula, a village near San Cristobal, and Oaxaca.

I answer the comment.
Hi Kaliopi! My camera is Canon 450d. At the end is nothing of special, it is not even considered semi-pro, but just amateur, and now is 4 years old.
I use 2 lens: Canon 28-135 and Sigma 10-20.
I’m shooting in RAW that gives more flexibility in the post-processing. And of course I use a little of Photoshop, especially for contrast and sharpening.
Let me know if you need more info.
Thank you, kisses… I hope to meet you again somewhere!