Hi friends! I’m in Cuenca, Ecuador’s third largest city.
From Banos I went to Puyo, where begins the Amazon, which I visited with a guide. After, I slept in a village inside the hut of a family of Kichwa indigenous. It was a small village of fewer than 100 people with many children wandering and playing.
The landlord was around in the forest searching for food and his daughter, a little girl named Brigitte, led me to the village to see the room where they make the meetings, the school, and various animals that live there: an alligator, a parrot, a nocturnal monkey and a giant rat, a little crazy maybe because in cage.
Just before dark the landlord returned with an armadillo caught by the dog digging into the hole where it slept, and the family cooked it. I ate rice, palmito (white filaments, fresh and soft, taken from the trunk of the palm) and yuca, a kind of potato.
Shortly after 7 am, when it was already dark, I went to sleep upstairs in the hut. As always, it’s really nice to sleep in the forest for the concert of verses of nocturnal animals that start with the setting sun. Verses which, actually, resonate thanks the total silence all around. There was a huge full moon. I fell asleep early and I woke up in the middle of a loud tempest, the hut was completely enveloped by the cloud.

The next morning, at 7, the landlord woke up me for another tour in the forest. He told me to get ready and go down, unfortunately he was busy but I would have gone with his eldest son. But the bed called me back and I fell asleep again. Then came out Brigitte. She said to get up to do the tour with her and two other siblings because no one knew where his big brother was. But I fell asleep again.
I woke up with kids all around, I was still half asleep and the scene seemed surreal, with all these children repeating “Giovanni wake up”, “Giovanni, wake up.”
I didn’t want much to wake up, I tell the true. And also, why this rush? I know that there is this terrible problem of deforestation, but also sleeping a few hours more I could have managed to visit it.

Anyway, I finally went into the forest around there with Brigitte, a sister and a brother. They were very good, I say this with all sincerity. They pave the way with machetes and knew all the plants and trees and their possible use.
All that vegetation that appeared to me as a confused green tangle, had an utility for them. As food, as medicine, to make soap, to wash clothes, for painting their faces, to make necklaces, to build huts, to make baskets, etc. …

This brought me back to mind an old idea: to create a community where we work the minimum necessary to help Mother Earth to feed us and say fuck off to the corporations that enslave us and the state that steals what is left in the form of taxes (necessary just to pay the cops that beat us when we protest).
Nothing original, of course, since always the smart ones organize in that way, but seeing it now concretely I am convinced that it is indeed possible. Because from now on I don’t want to work anymore in my life, I want to laze during the day and drink wine in the night before a fire.
“And to travel, how are you going to do?”
Well, guys, you can’t have everything…
“But you didn’t think of us? Of your readers? What we will read after? If the hen has laid an egg or not?”
Eeeh I know, my dear readers, but there are thousands of travel blog, certainly not as brilliant, not with pictures so beautiful, not with so sharp analysis, jaunty humor, freshness and originality of style… yes they are little wankers, you’re right, but what can I do? Can I continue to travel the world like a spinning top? Mmmm but in the end, why not? Ok, we will see… Now the photos. 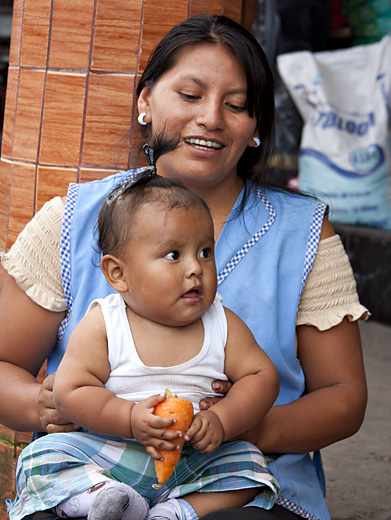 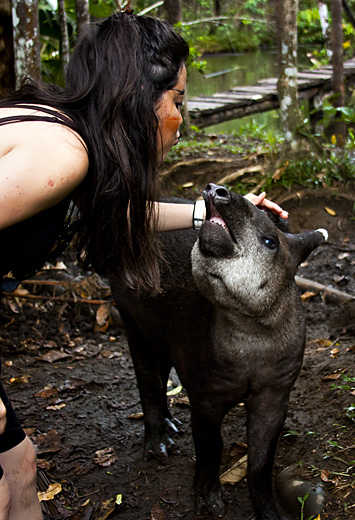 A tapir caressed by Sandra, a girl from Quito with which I toured in the forest on the first day. 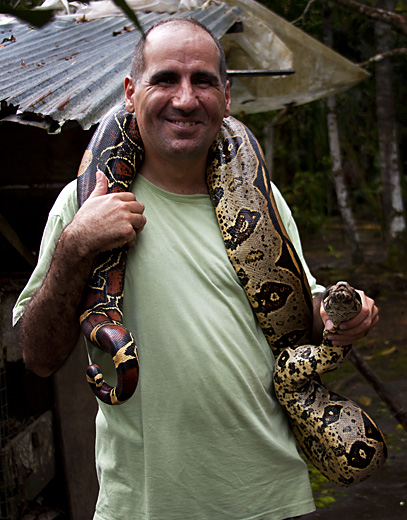 And with a typical boa on. In short, the usual crap people do in the Amazon rainforest. 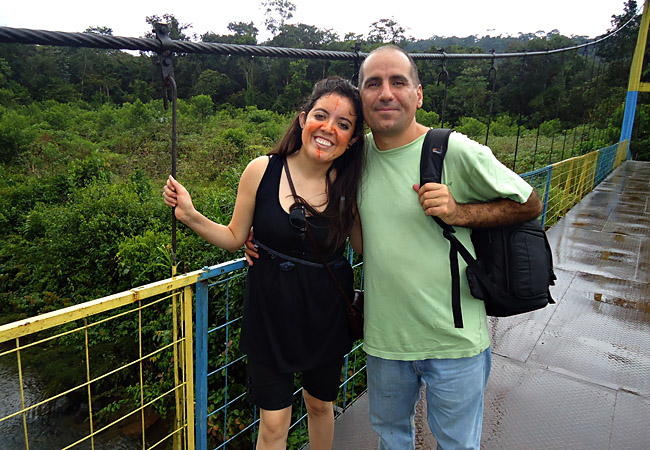 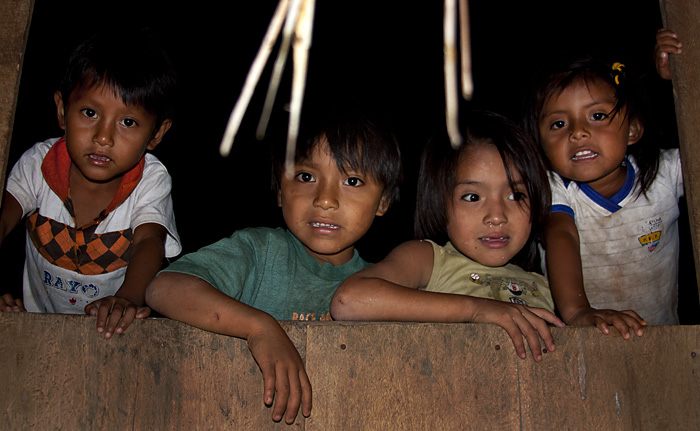 Children in the village. 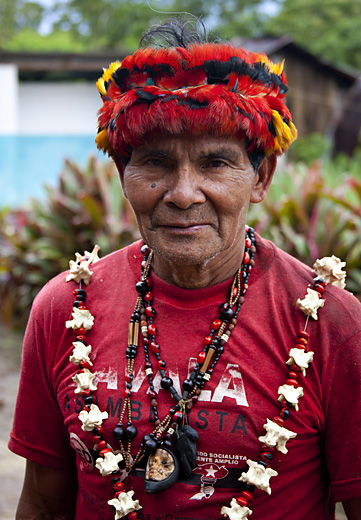 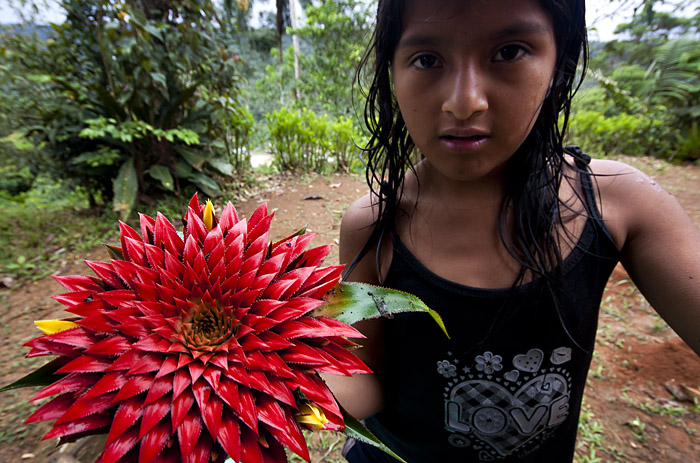 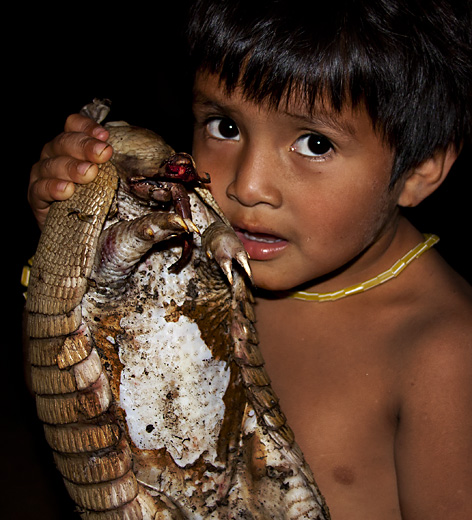 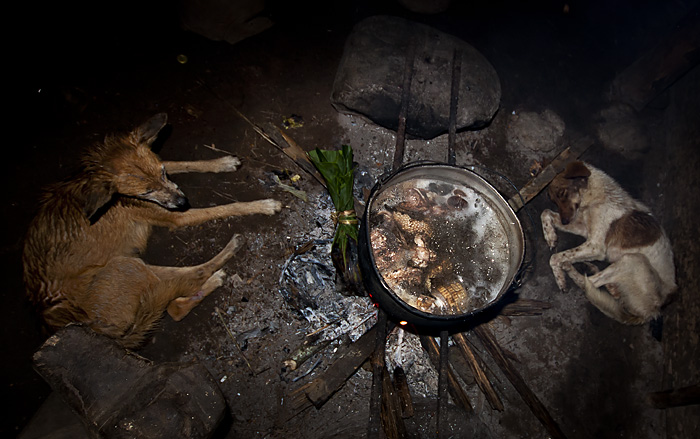 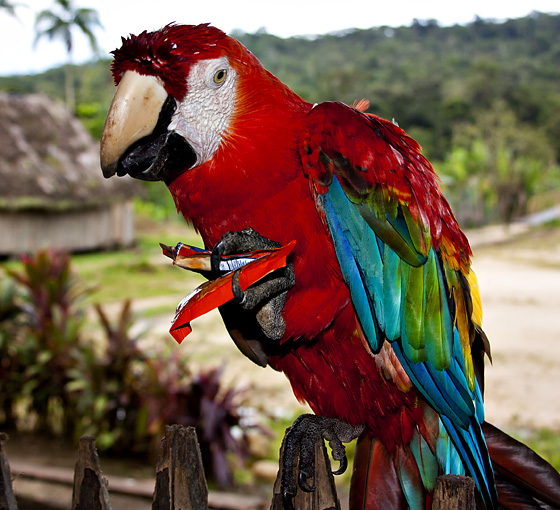 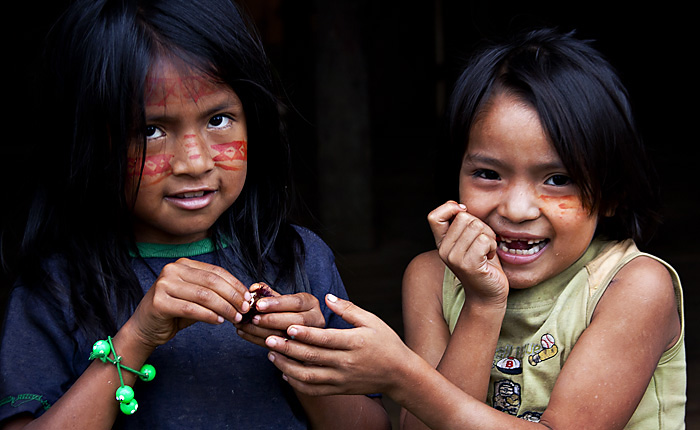 Girls painting their faces with the seeds of a fruit. The next day I gave up and accepted to having my face painted too. 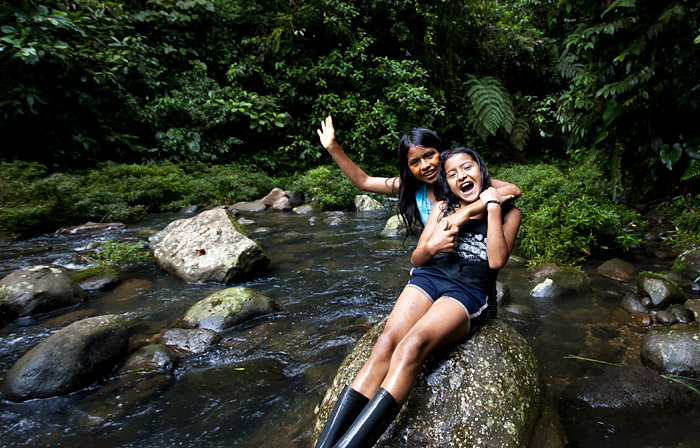 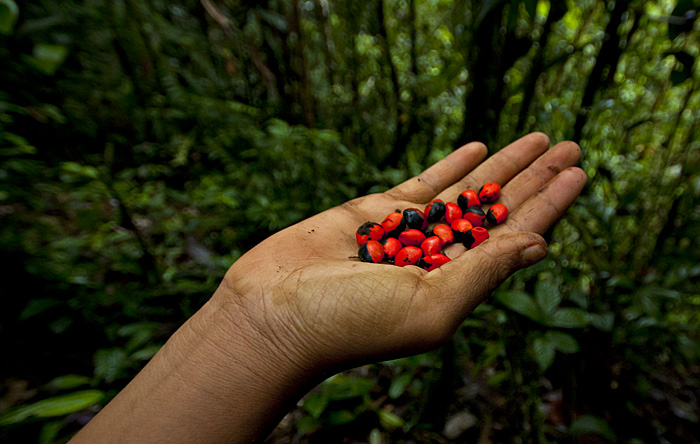 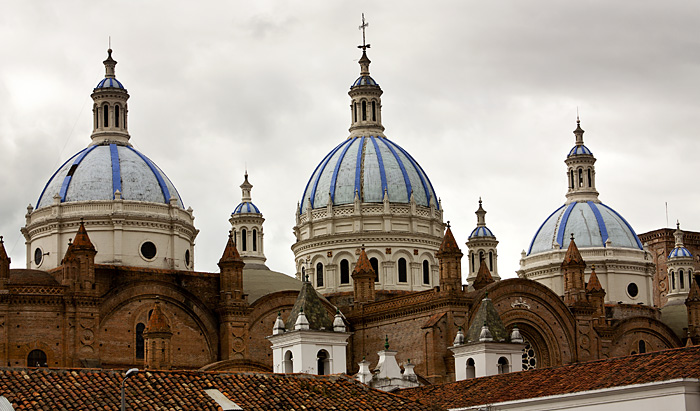 Cuenca, Ecuador’s third largest city, is a beautiful colonial city. It is located at 2500 meters altitude. Before being conquered by the Incas and the Spaniards soon after, it was an important city of the Canari people. 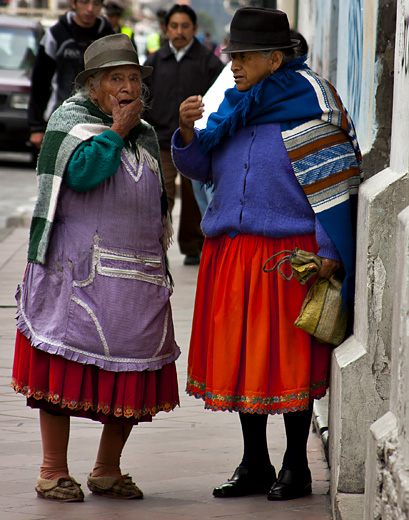 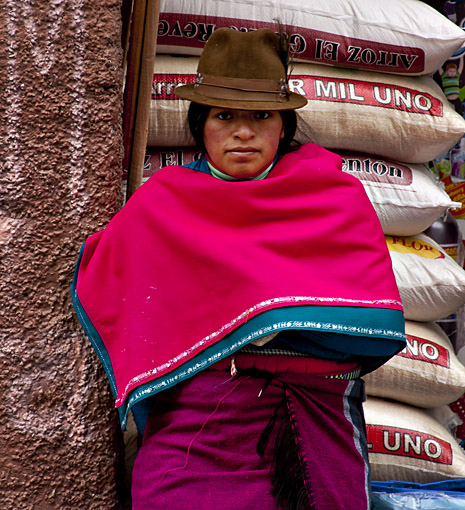 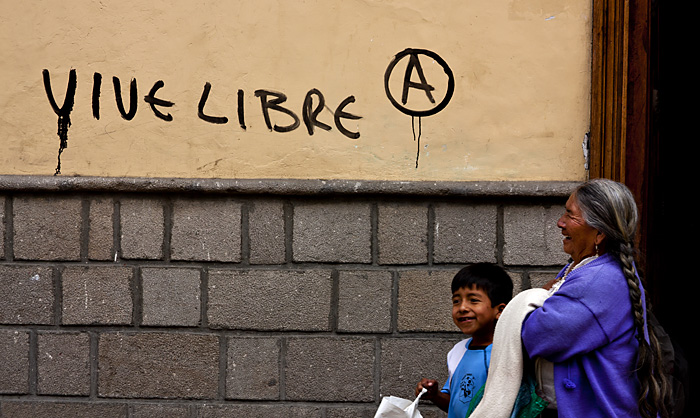