Hola amigos! I am in Colombia now, in Villa de Leyva, a small town that seems to have stopped in the past. But before I tell you of Manaus and Bogotà, where I landed.

Manaus is not the most exciting place in the world. Apart from a certain charm due to its big port in the middle of the Amazon, there isn’t much to see and do. Furthermore, for some reason, it is also quite expensive.
The only beautiful area is around the Amazon Theatre, which opened in 1896. At that time, Manaus suddenly became one of the wealthiest cities in the world thanks to the trading of rubber, which was possible to make only with trees of the Brazilian Amazon.
Various accounts tell of the follies of the rich men of the time, as lighting cigars with hundred dollar bills, washing horses with the champagne, etc… But when the British were able to steal the seeds of the trees that produce rubber for sowing them in their colonies, the monopoly ended, and with it the luck of Manaus.

Beautiful and charming is, instead, Bogotà. Despite the bad name for its recent past, the atmosphere is tranquil, apart from the sight of many different kinds of soldiers guarding the streets, some of them armed to the teeth. It’s enjoyable to get around, especially in the area where I stayed, the Candelaria, which, from the main square, climbs up to the mountain with narrow streets and colonial houses. Full of clubs, museums, libraries, universities.

From Bogotà, I arrived in Villa de Leyva, a small mountain town, where I’m now. I arrived at night, walking on cobblestone streets between colonial houses. Then, when I popped into the vast main square, made of large rocks, with little dim lights and a well in the middle, I really felt as if I had been transported in the past, like in a science-fiction movie.
In fact, next to the colonial houses, even those built later maintain the same style. Although there isn’t much to do, people are very kind, making you want to stay here for long, just doing nothing. 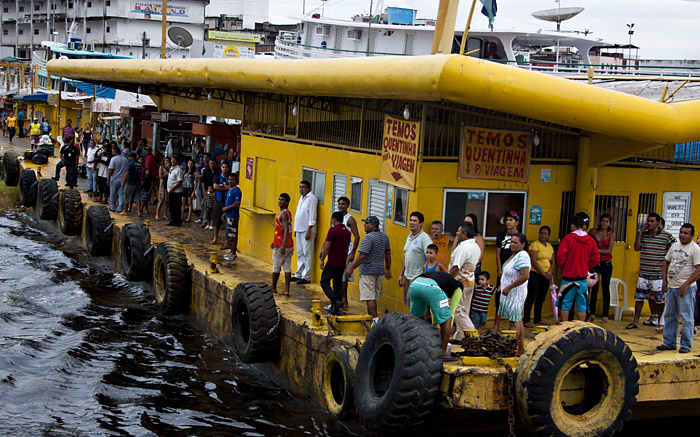 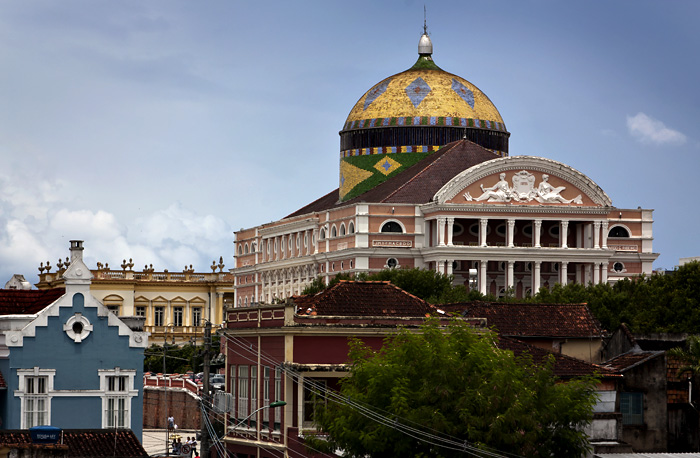 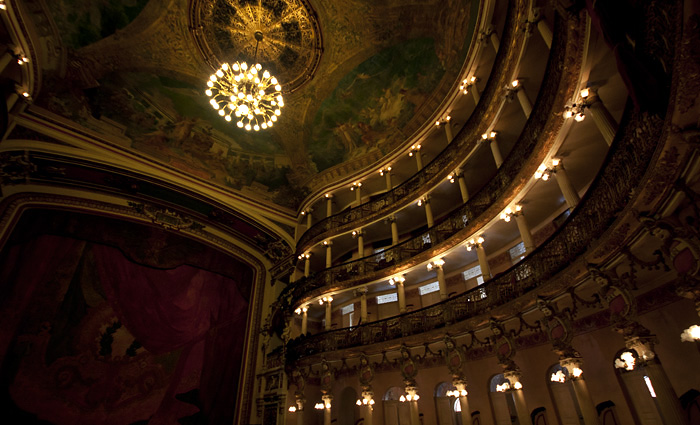 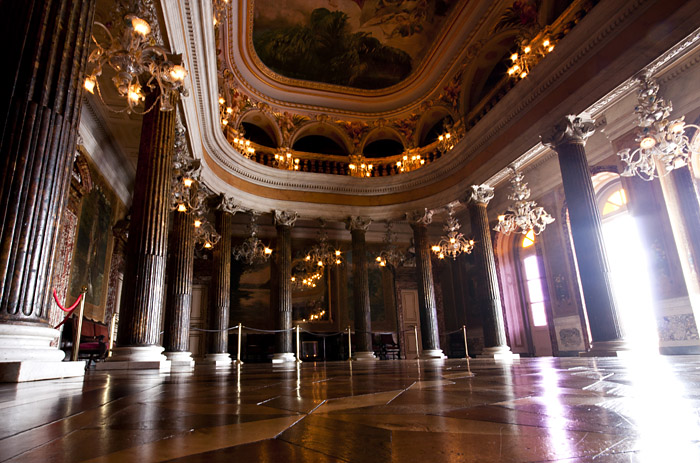 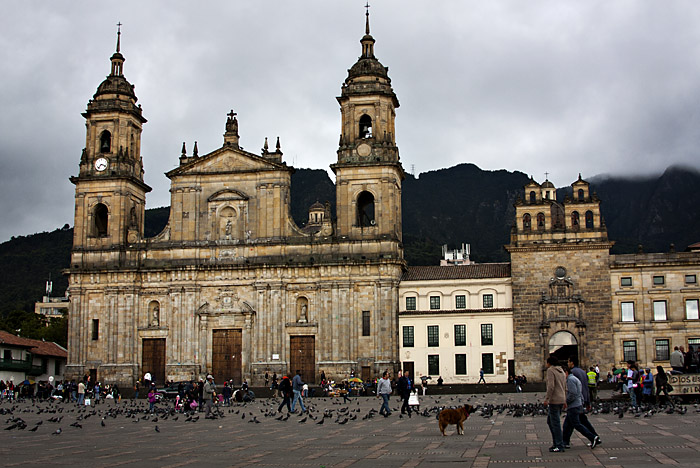 In Colombia, in Bogotà’s main square: Plaza de Bolivar. Bogota is located at an altitude of 2600 meters. 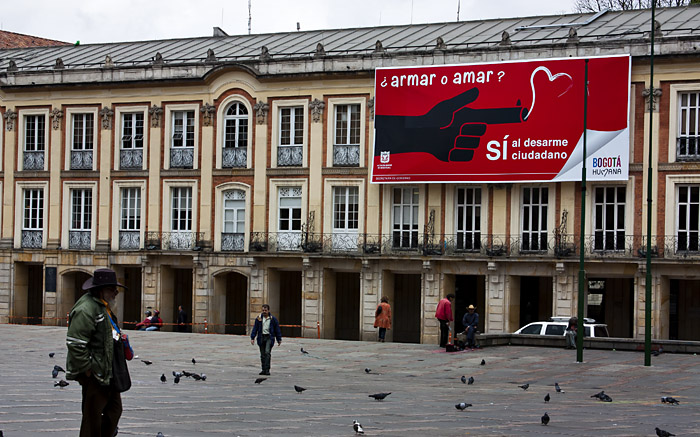 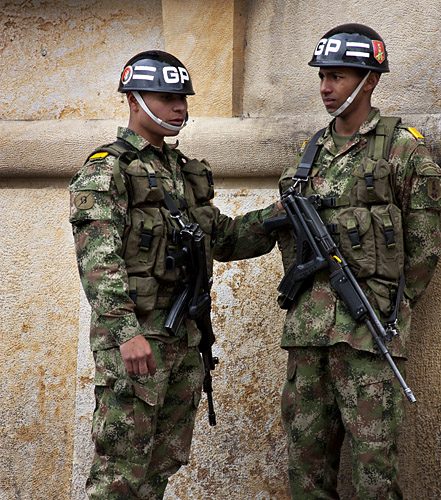 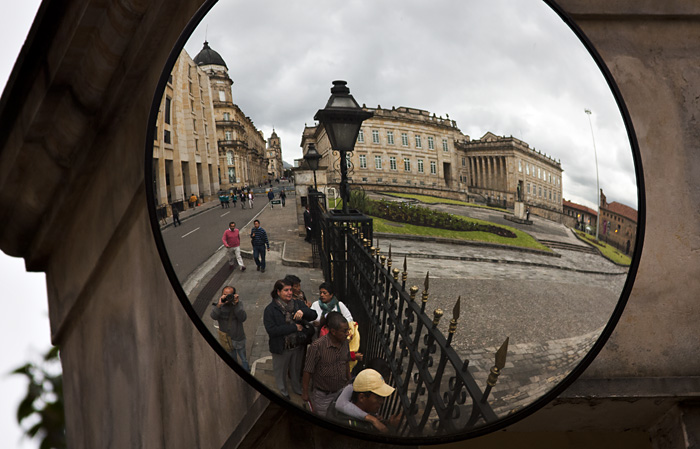 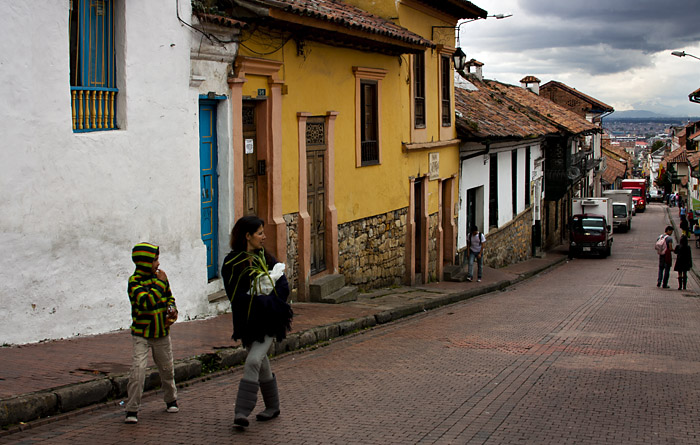 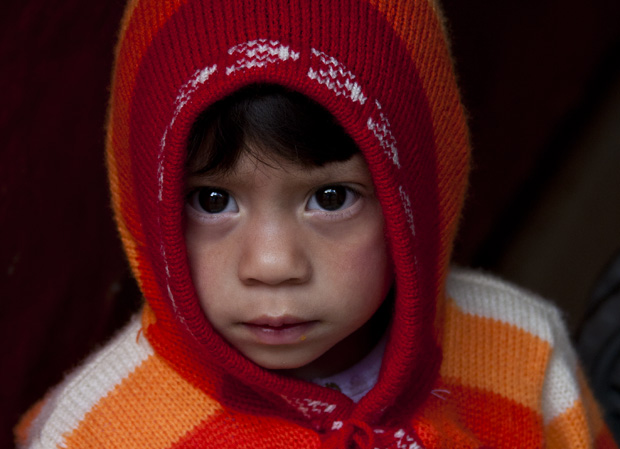 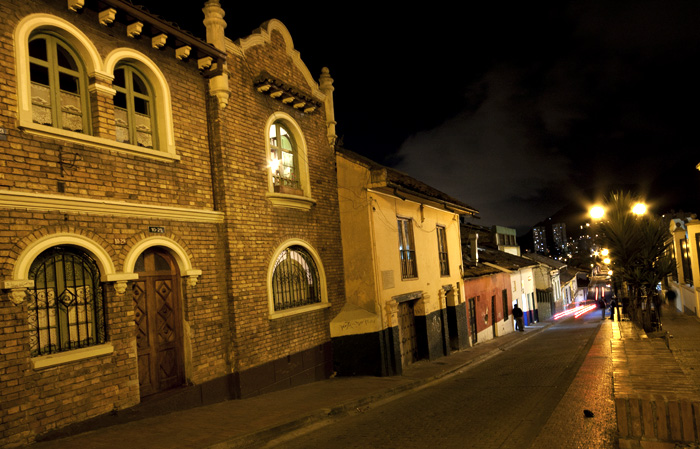 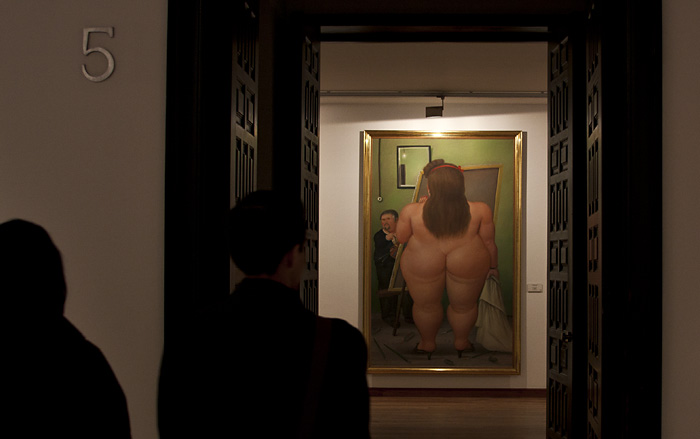 The museum of the Colombian painter Botero, who often paints fat people. Indeed, in the background, a self-portrait with one of his notveryslim models. 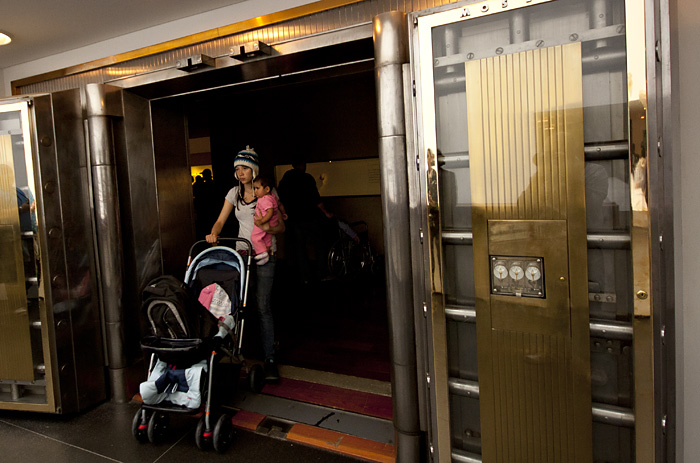 Entering the extraordinary Gold Museum, inside a safe. 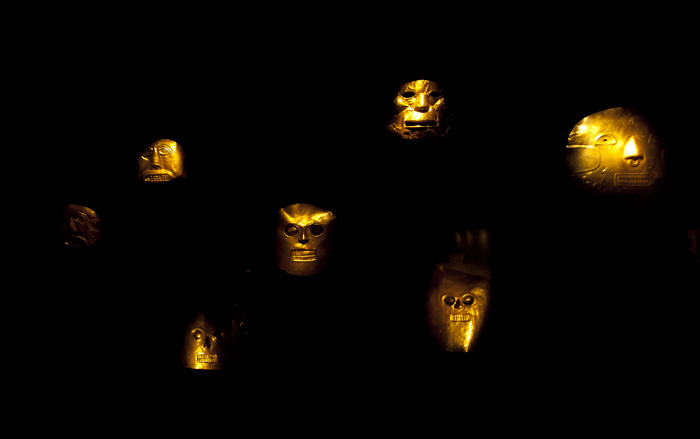 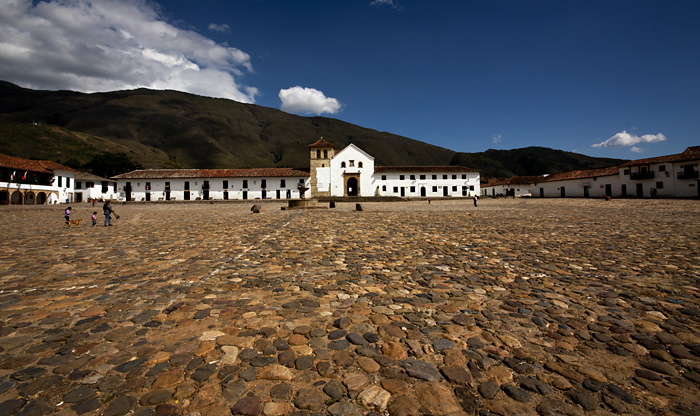 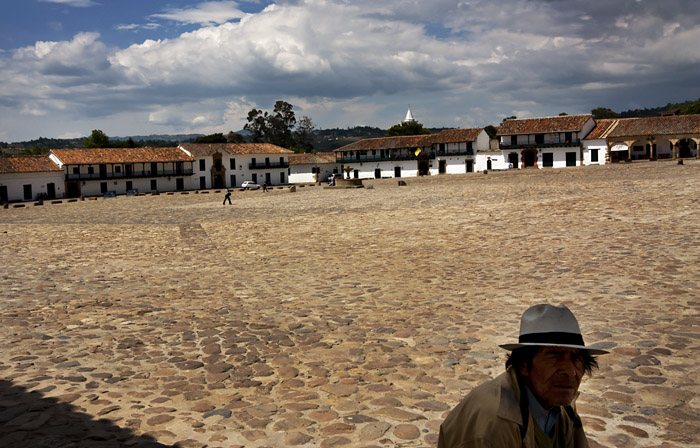 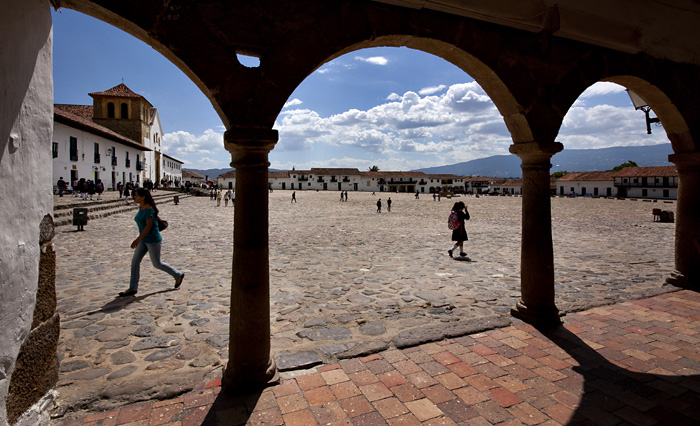 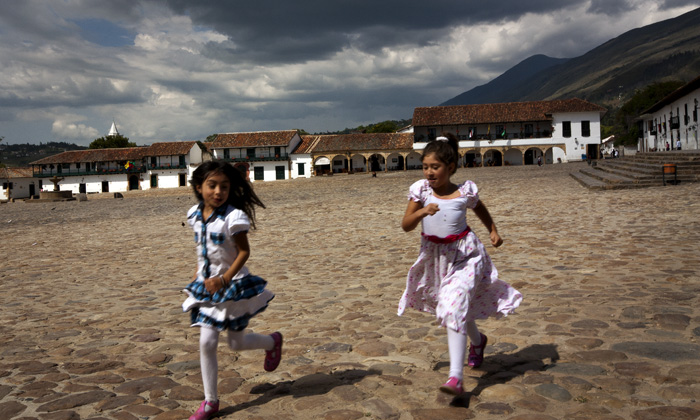 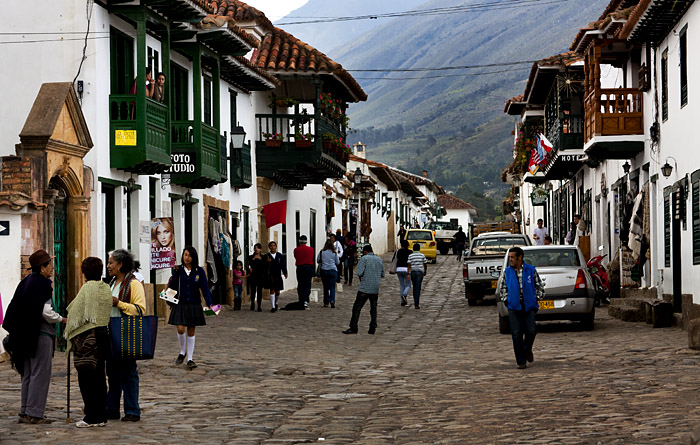 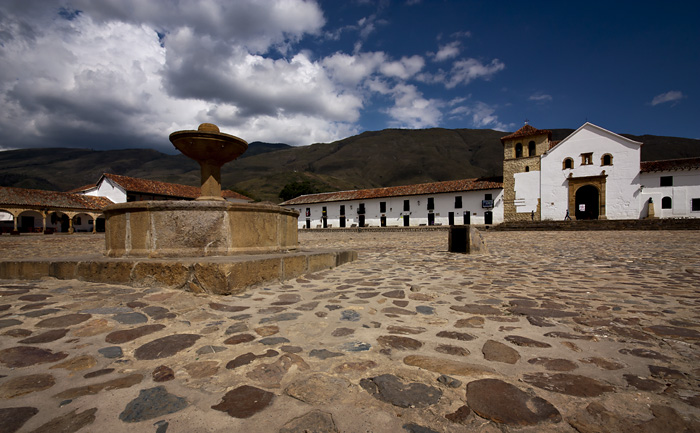 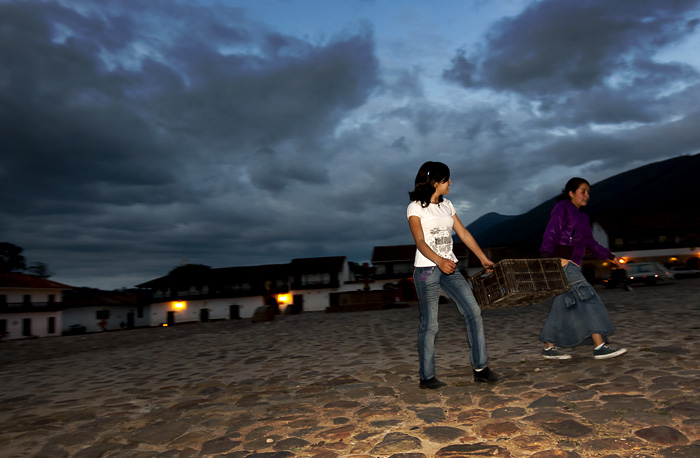 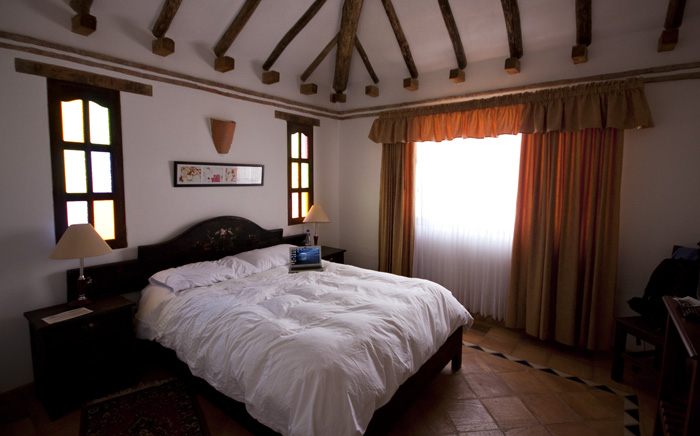 Finally, some thought on Brazil, that I left.
I really like Brazil. In fact, it is the only country outside Europe where I have been already three times. The people are warm, hospitable, cheerful, and with great vitality. Even for a somewhat ‘shy as me, it is natural to make friends on any occasion or starting talking on buses, in bars, streets, etc. …
Of course, it isn’t just a bed of roses. The gap between the few rich and many poor is appalling. And, perhaps, nowhere else in the world there is such a large percentage of people who seem unable to go beyond the horizon of football, soap operas, TV stars, and music.
Almost all large cities have favelas, are degraded and a bit dangerous. However, luckily, nothing bad ever happened to me. Nevertheless, Brazil gives me the idea of a young country, optimistic, with a great desire for life. Almost the opposite of Italy and Europe who give me an increasing feeling of oldness and weariness.
It seems, at the moment, in the unstoppable rise and has all it takes to believe in the future: a vast country, full of natural resources, where less than two decades of governments not totally corrupt and unable, made possible an extraordinary boom. Let’s hope now that the various democratic movements that, arising from below, reached power, after hard struggles and immense sacrifices, will retain the grit for the future battles for a more equitable distribution of wealth.
But if they fall asleep on their laurels, the international finance, and similar pigs will devour in one gulp all their social achievements, as already happened to my poor Europe. In this case, Brazil will remain the same as always, with a small cast of insanely rich men barricaded in hidden fortresses and the bulk of the population massed in the favelas, glad to look bullshits on TV and to play football on the beach.