Hi friends! Step by step, I arrived in Belize, which is, at the moment, my 78th country visited.

I tell you from the last time. From the hostel by the river near Lanquin, I arrived in Flores, a beautiful small town settled on an island in the Lake Petén Itzá. Nearby there is the vast Mayan site of Tikal, founded around 900 BC, and that reached a population between 150,000 and 200,000 inhabitants. Today, it is surrounded by a fascinating forest covering and conceals its buildings and hiding many animals hanging out and screaming all around. I saw monkeys, foxes, toucans, tarantulas, and some mammals halfway between rats and raccoons (I don’t know their name).

Later, I went near a small village, Rio Dulce, that takes its name from the river. I idled there for a couple of days in a stilt house on the river surrounded by woods.
From there, I crossed Lake El Gofete with a speedboat and arrived in Livingstone, by the sea, where the population is predominantly black, and there is a Caribbean mood, like Jamaica.

After few days, I took a lift on another speedboat and, literally flying over the waves for about an hour on a rough sea, I arrived in Belize.
Before going, I had heard some travelers complaining about Belize. One reason is that, in general, it’s more expensive than the rest of Central America. Another reason is that it seems Belizians are particularly lazy, and everything goes slower than usual. However, in the end, the prices are still low: on Caye Caulker island, I rented a hut in front of the sea for just $ 15. And about the laziness, first of all, it doesn’t seem to me that in the rest of Central America are particularly active, and, anyway, we are on holiday… no rush… no stress… pura vida. We are from Naples, compañeros! Actually, the sea of Belize is fabulous. Caribbean water spotted and striped of green, blue, and turquoise shades.

On the island Caye Caulker, where I stayed 3 days, I had one of the most exciting experiences of my, generally sad, life: a swim among the sharks!.
Already a little bit before that, while just snorkeling on the coral reef (the largest in the world after Australia), a small shark of a species unknown even to the guide liked me and was continuously swimming around me, often under my belly! He seemed to come out straight from a cartoon, dark-gray, tiny, with a huge squared head. I could even touch him without scaring him.
Soon after, we went to another sea area. The guide threw fish pieces in the water, and, after few minutes, the boat was surrounded by brown sharks over 2 meters long, fighting on the pieces. At that moment, the guide told us that we could go in the water. I thought he was joking. Anyway, since he insisted that there was no real danger, I was convinced. He just added, as advice, to not put our hands inside their mouths. Yes, sometimes I think of how lucky we are to have these experts that give us these unthinkable suggestions!

The crystal clear water was shallow, it arrived at my chest. Apart from sharks, also a dozen of manta and barracuda came.
After some initial fright, I touched the sharks. They had a rough back and a soft belly. The guide even hugged some of them. They were staying dangling sluggish in his arms on the surface of the water, belly up, almost as if hypnotized, for sure happy. I also touched the manta. They have slimy skin. Anyway, a really, really extraordinary experience!

Now I’m in San Ignazio, a town in the forest, near the border with Guatemala.

Let’s look at the photos. 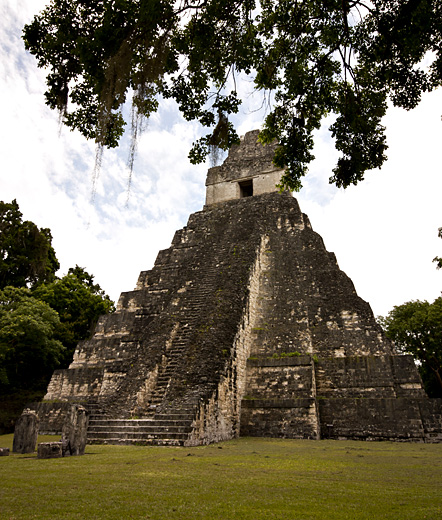 The most famous temple of Tikal. Until about ten years ago, it was possible to go on the top. Now it is prohibited due to a couple of fatal accidents of tourists fallen off the stairs. 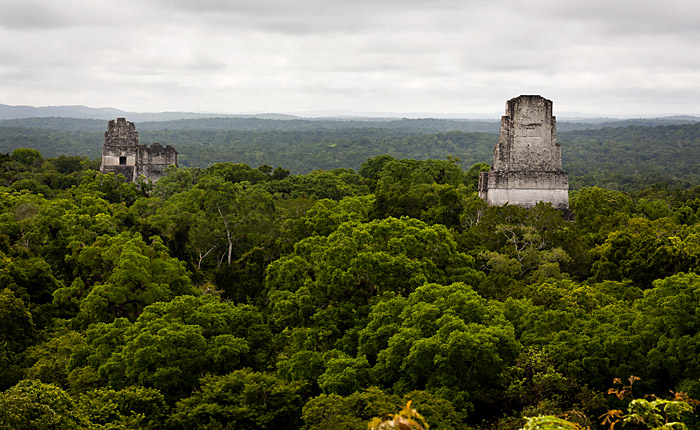 After being abandoned, the forest swallowed Tikal, which was rediscovered in the 1850s. 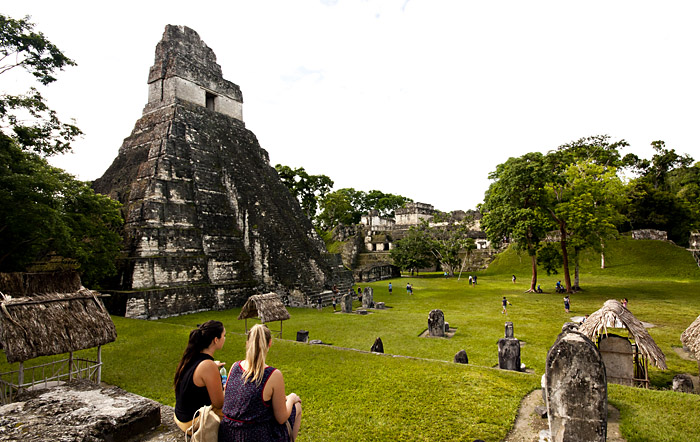 The central plaza of Tikal. In the background, the apartments where the aristocracy lived.
Just to be totally sure, I rechecked the hieroglyphics and texts, and yes, I can confirm with absolute certainty that the world will end on December 21, 2012. 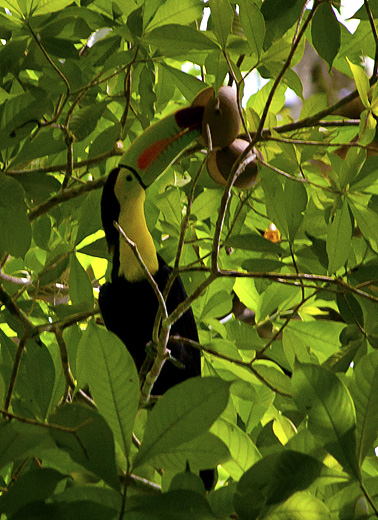 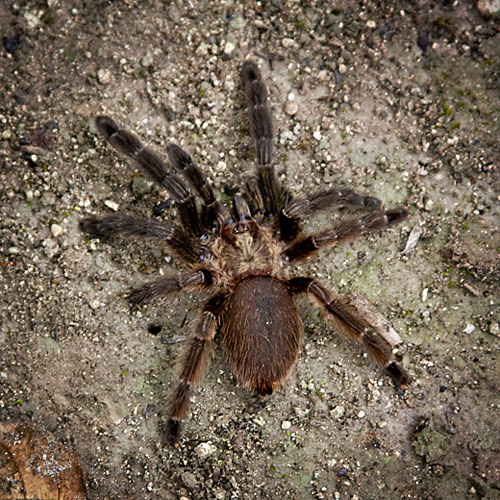 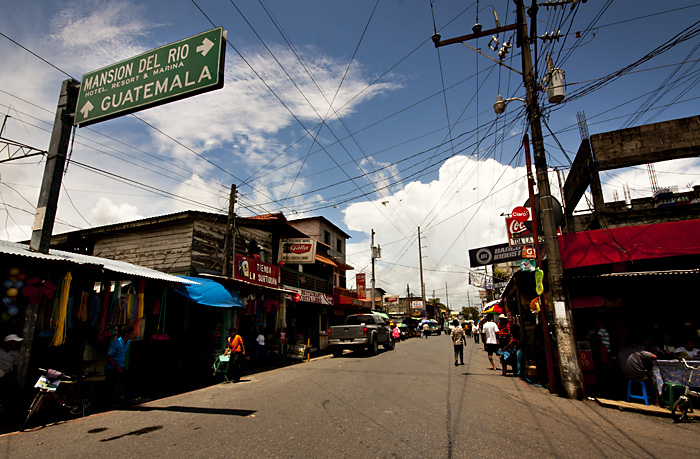 A street in Rio Dulce. 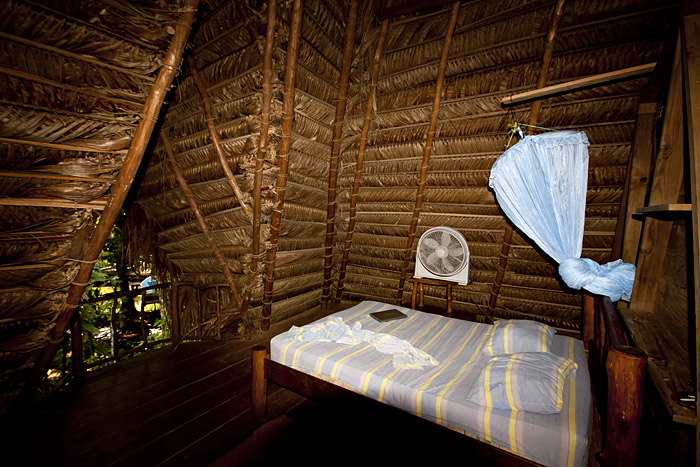 The hut where I slept in Rio Dulce, a stilt house above the river, in the forest. Every night, between blinding lightings and roaring thunders, there was a biblical downpour. 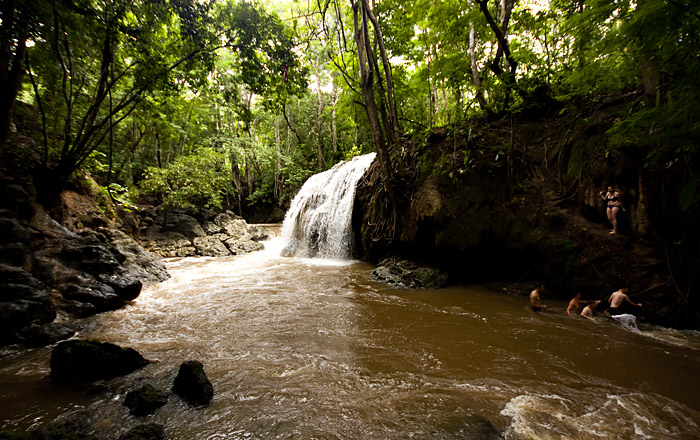 A hot water waterfall near Rio Dulce. Climbing up, there is a natural hot pool, from where the waterfall starts. The place is called El paradise. 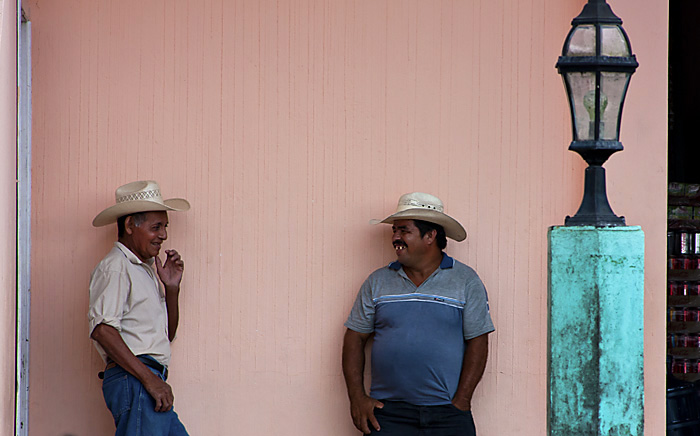 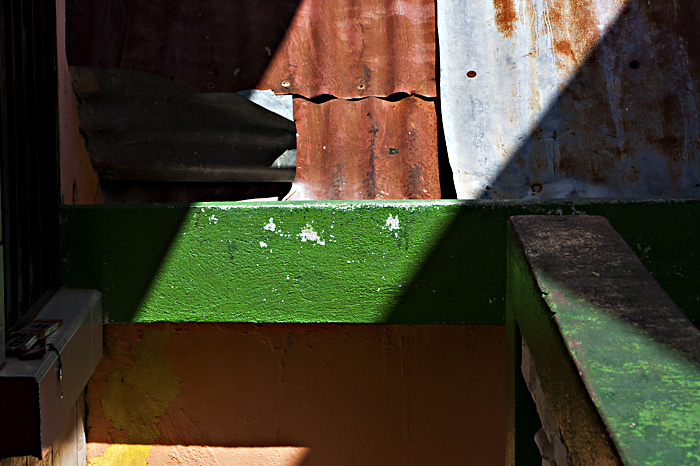 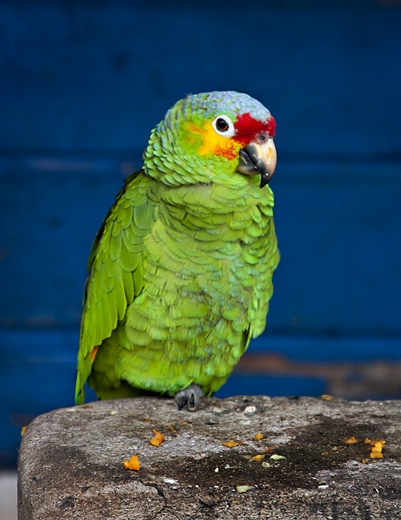 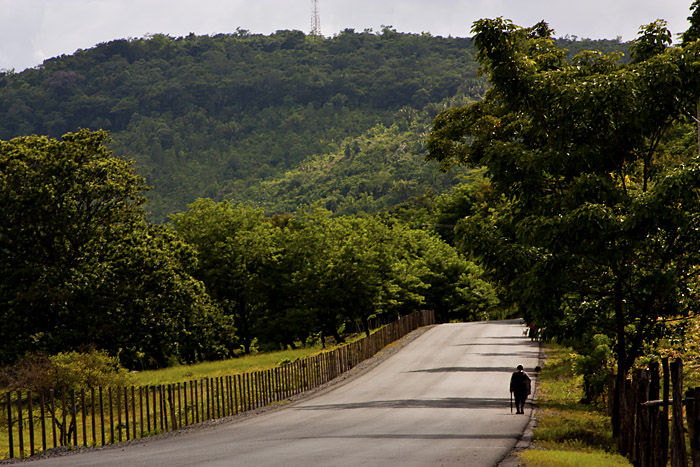 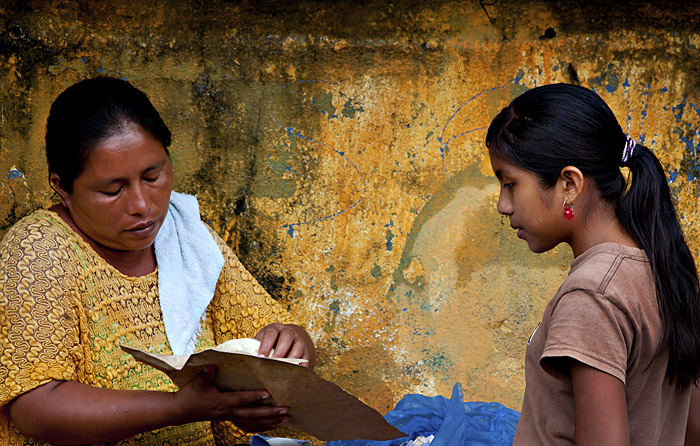 Woman and little girl in Livingstone. 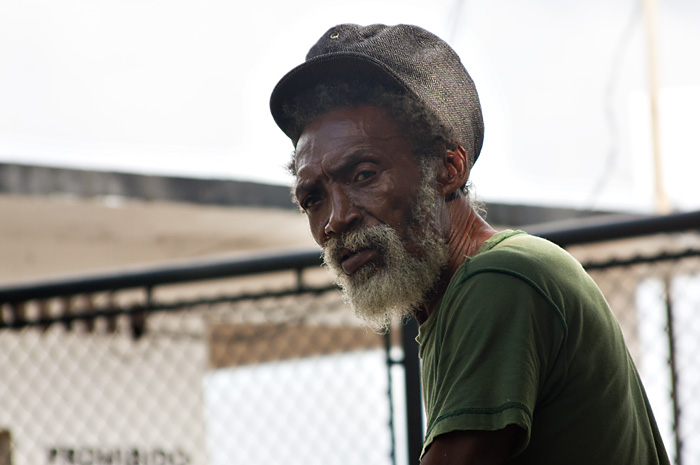 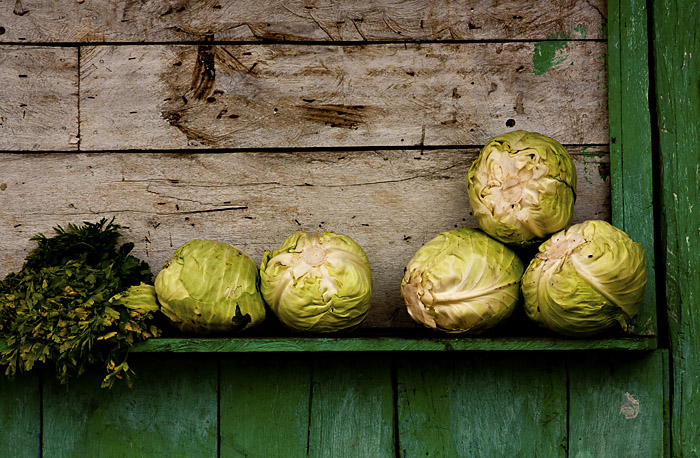 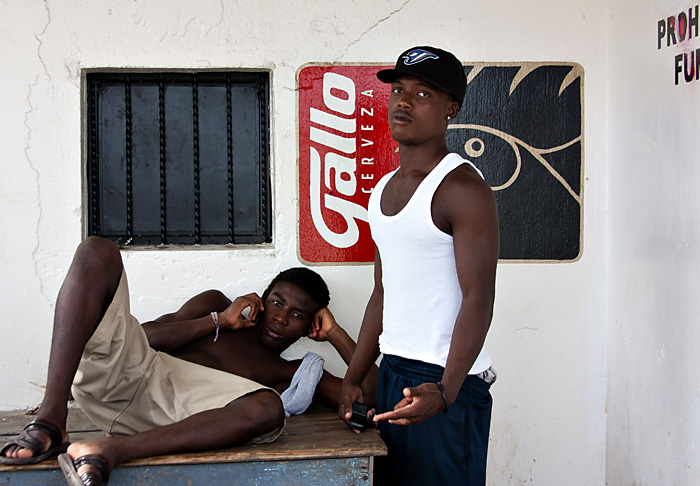 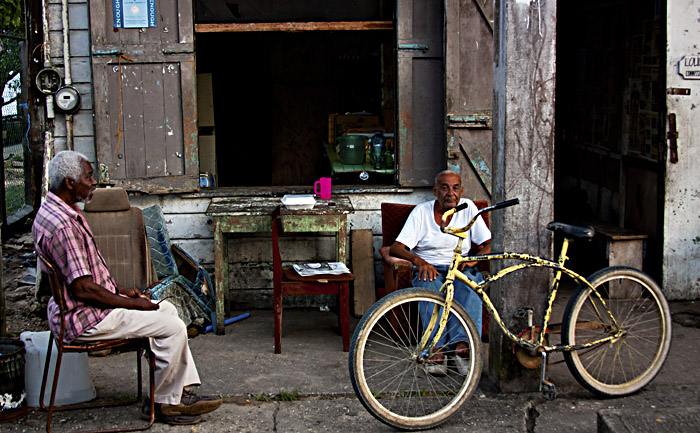 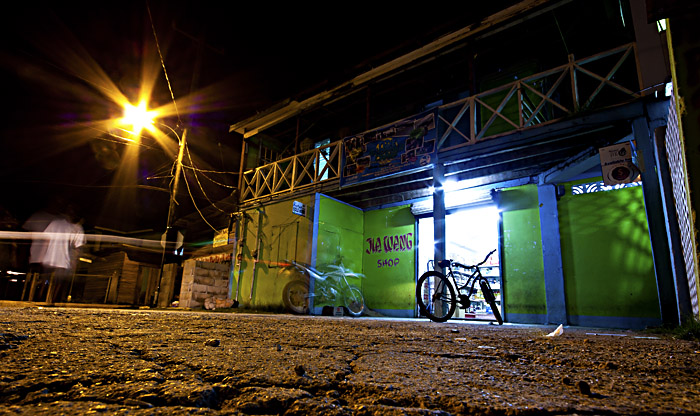 A supermarket in Punta Gorda. For what I’ve seen so far, all the mini and supermarkets in Belize are run by Chinese. 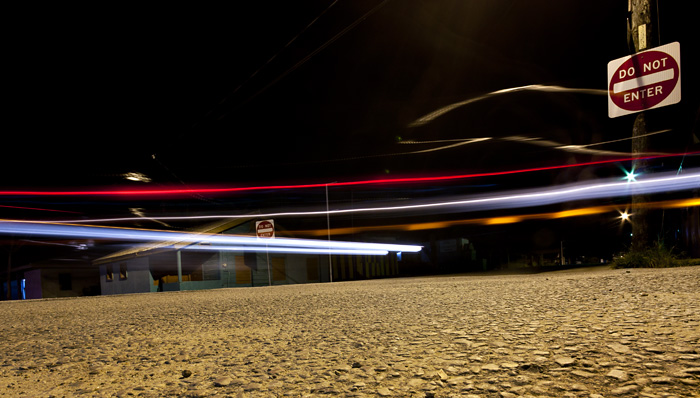 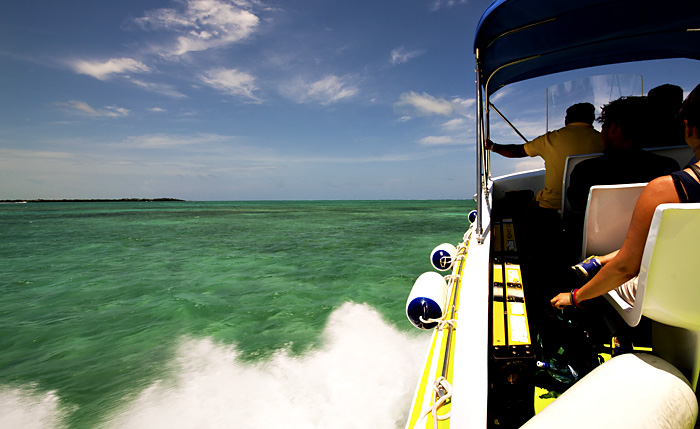 On the speedboat to Caye Caulker. 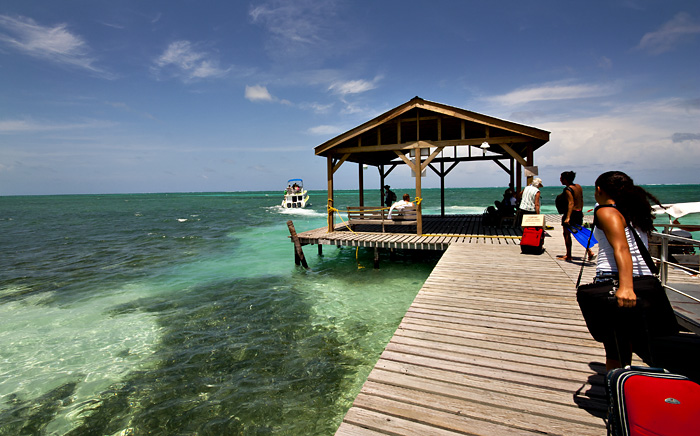 The pier of Caye Caulker. As you can see, there is a sea that is well worth a few dollars more. 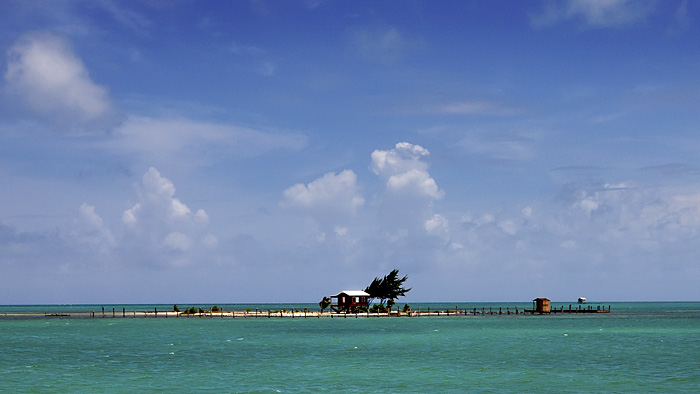 House in the middle of the sea. 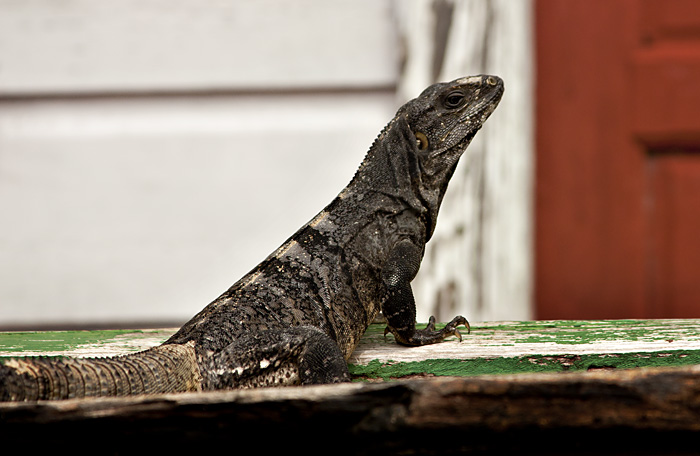 The iguana who hung around my shaky stilt house, in Caye Caulker. In the night’s downpours, the hut was dancing with the rain. 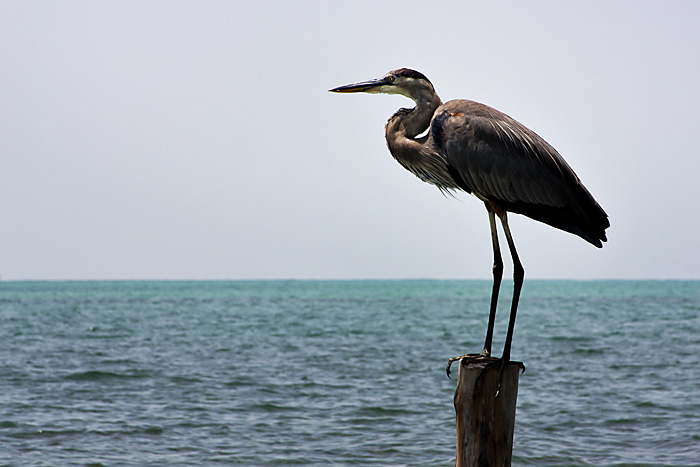 Shortly after this picture, my camera stopped working for a few days. This happened almost certainly for some stupid ironies that I wrote about an Italian magician, “il mago d’Arcella” (Arcella’s wizard) in the Italian version of my previous post. Later, I learned that he had died just a few hours before it!
I’m not superstitious, nor I believe in the afterlife. Still, the facts speak for themselves: immediately after foolishly joking about the divination skills of this magician and his apparent ability to send jinx, my camera started working bad, until turning off completely.
However, in the exact moment in which I rectified (in the Italian version of this same post) my camera started working again.

I want to underline again that he was a Great Magician. And he did never sent anyone bad luck, not even from beyond.