Hi! My name is Dekaro, Giovanni Dekaro and I’m a video games tester. But I think life is not just games, so often I quit the job for travelling. This time I have just started a journey in South and Central America, I’m in Brazil now, in a lovely little place called Arraial d’Ajuda, near Porto Seguro. I landed 10 days ago in Salvador de Bahia.

My plan is going north until the Amazon River, then, through it, arriving in Ecuador, then Colombia and finally all the little nations of Central America (Nicaragua, Costa Rica, etc…).
So, follow me

This is the English version of my Italian blog. I will write more in the Italian one because I still don’t feel much confidence with the English, but the photos will be the same. 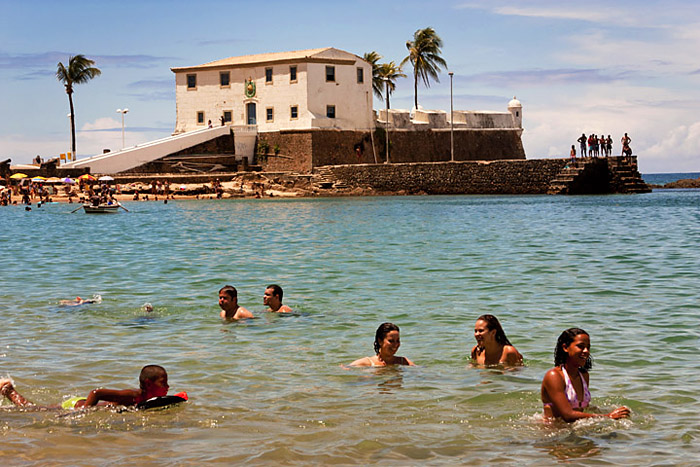 Salvador de Bahia, as almost all Brazil, is embraced by wonderful beaches. Here we are near Forte de Santa Maria, in the beach of Porto da Barra, the most famous of the city. 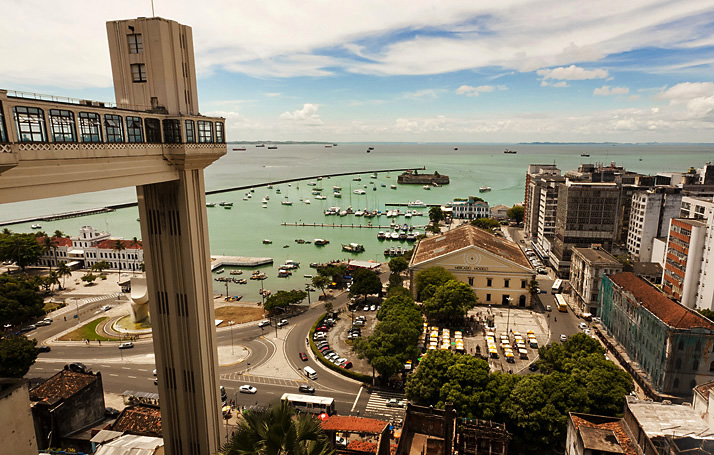 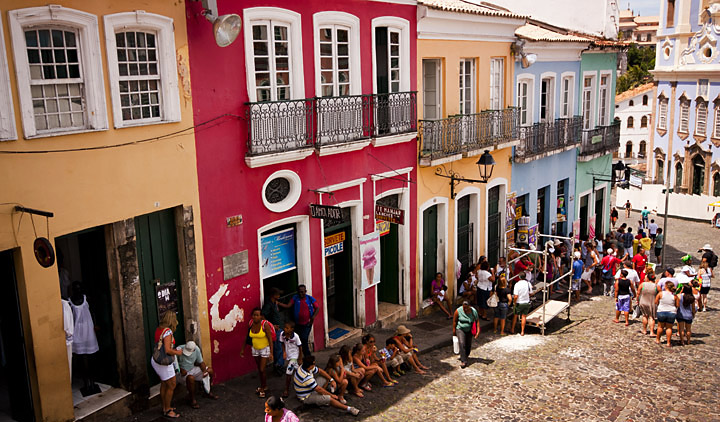 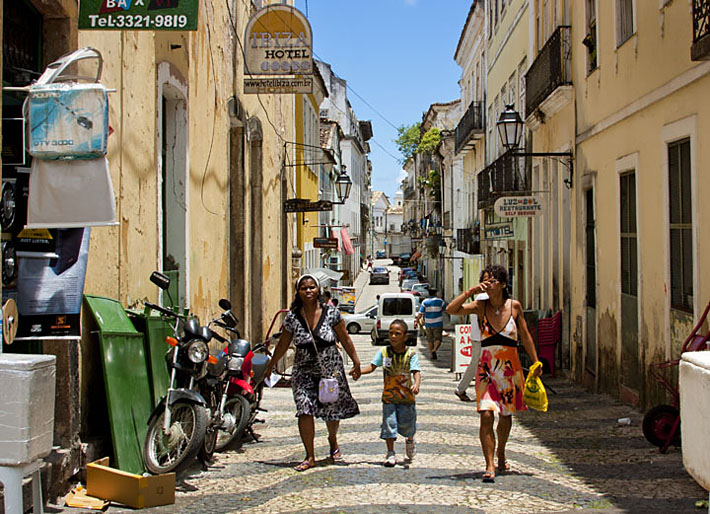 In this street I stayed the first time I was here in Salvador, in the Hotel Ibiza that, after I rented the room, I discovered was a kind of prostitute-hotel. But at the end was ok, and also the girls working there were always nice and good with me. 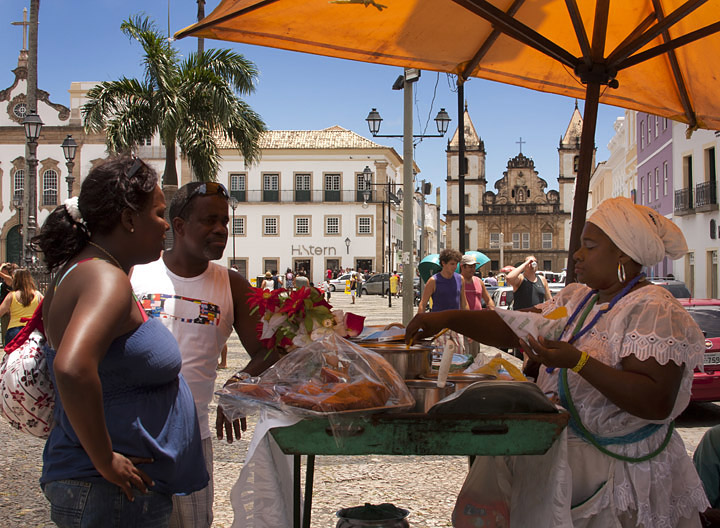 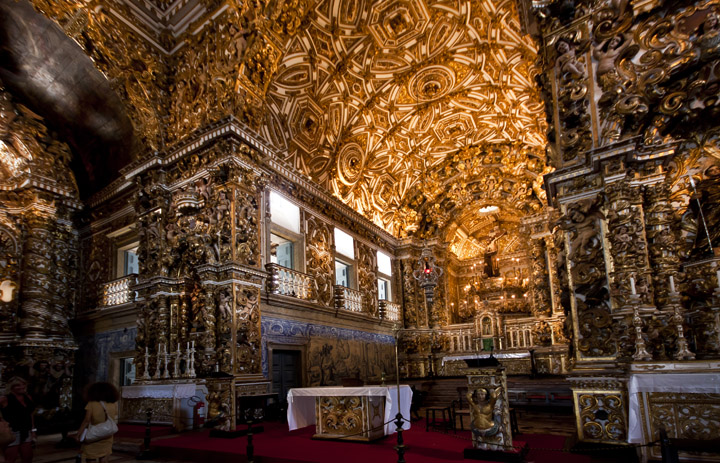 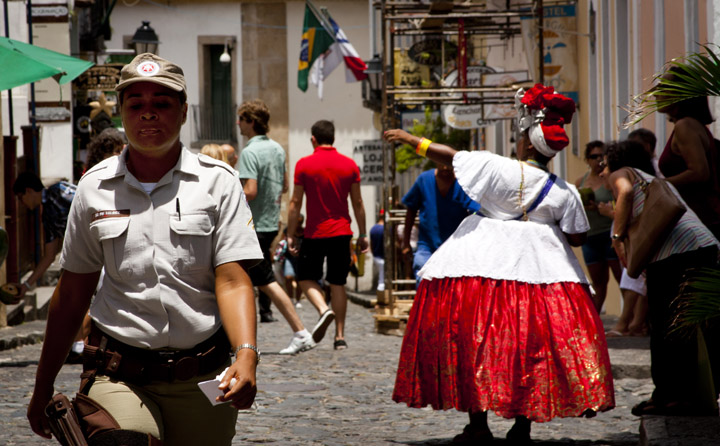 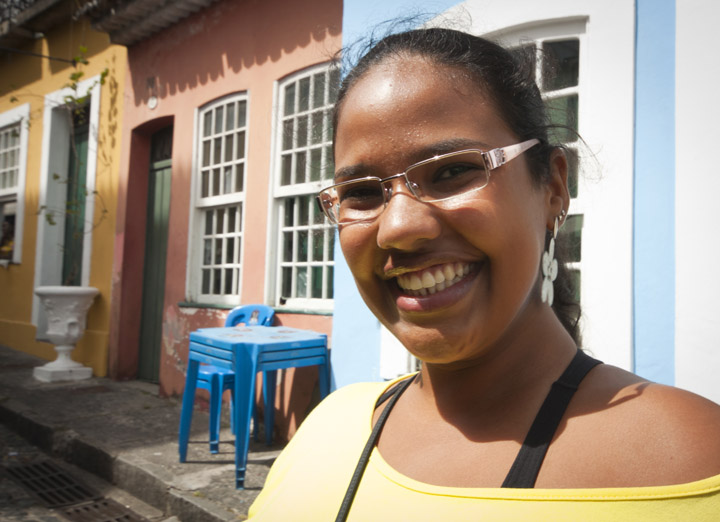 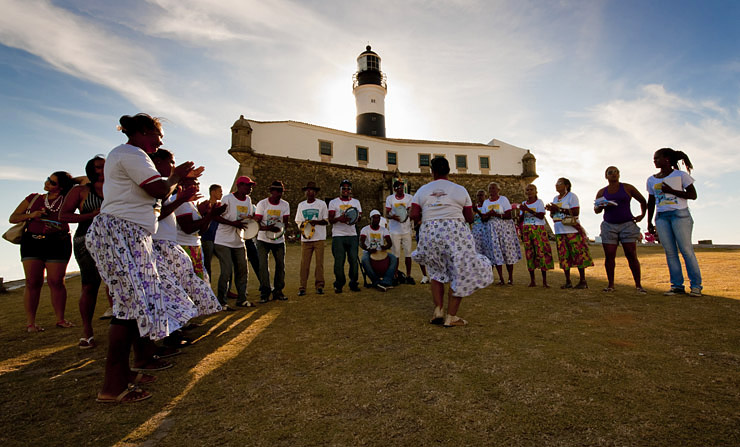 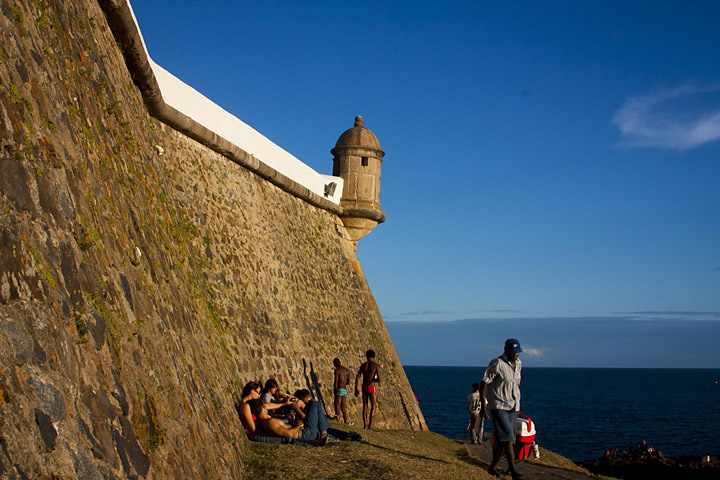 Just before sunset a lot of local people goes behind the lighthouse to watch it. 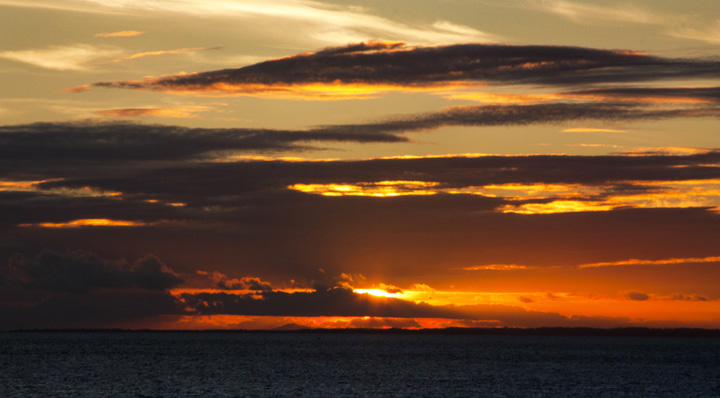 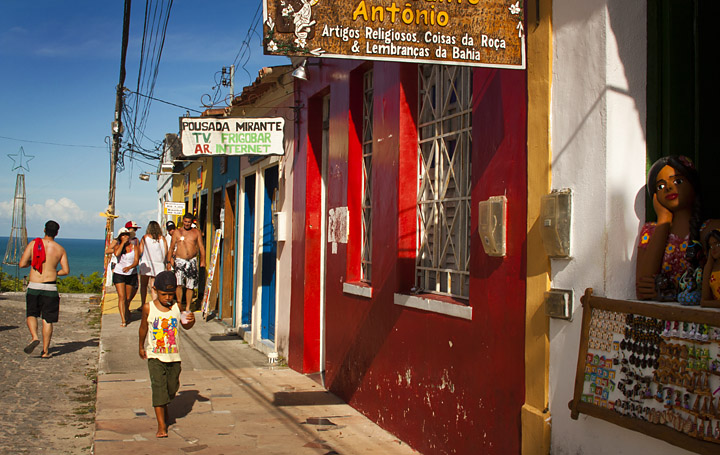 Here we are in Arraial d’Ajuda, a small town that from the hill goes down to the sea. Some of its beaches are very beautiful, especially when walking south from the main one for about 20 minutes. Next time I will put some photos of them. 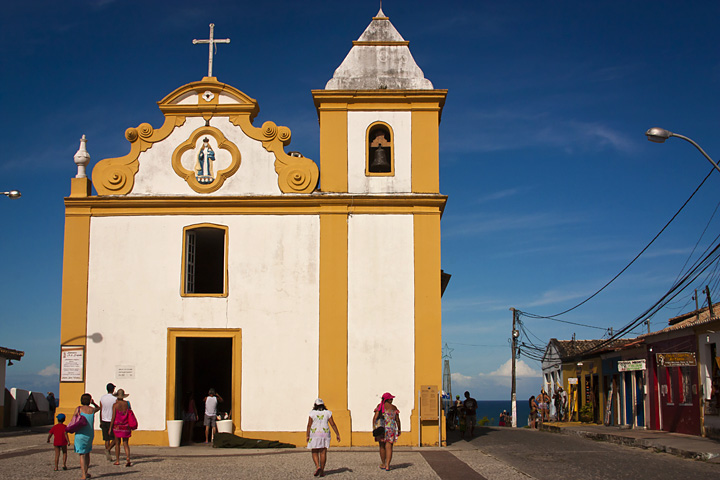 The church of Arraial d’Ajuda, built by Jesuit already in 1549, so a little more than half century after the “discovery” of America. The near Porto Seguro is the place where the Portuguese arrived in 1500, starting the colonization of Brazil. 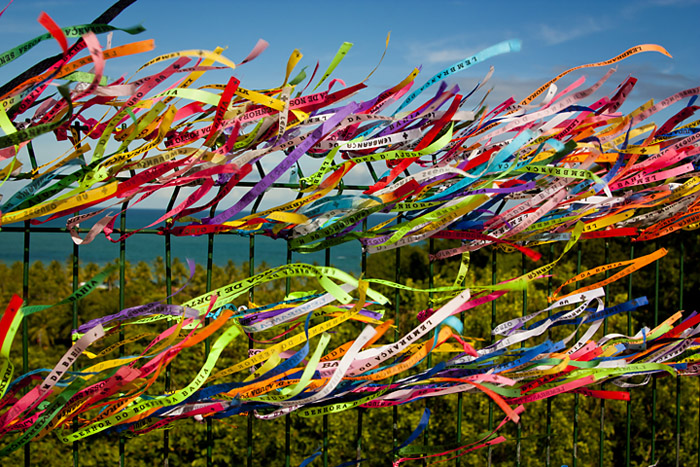 Wishes-ribbons attached on the grid behind the church. These ribbons can be brought also as bracelets. When they broke or untie (by themselves) the wish becomes true. 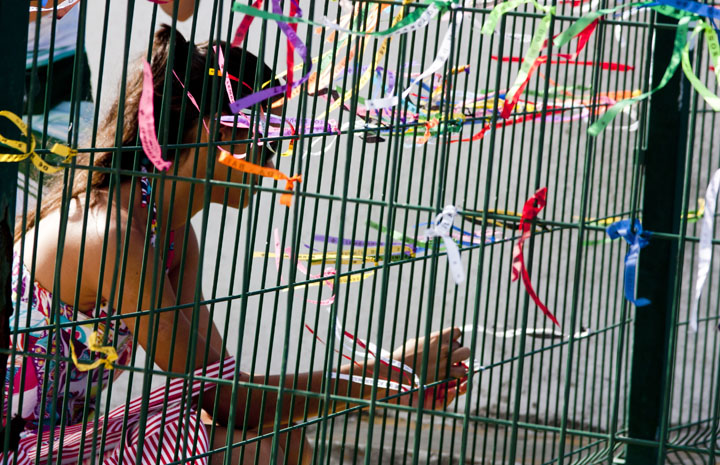 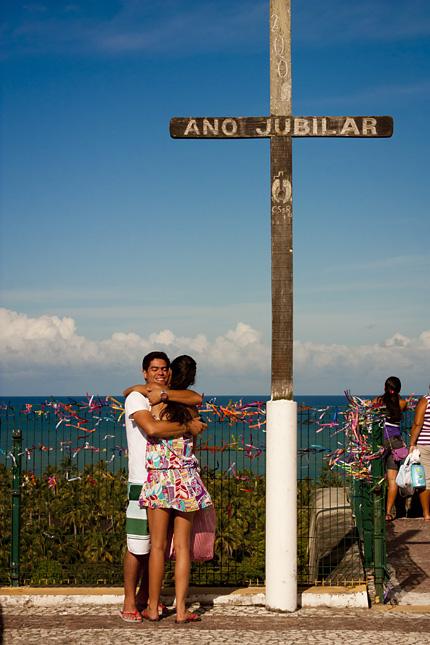 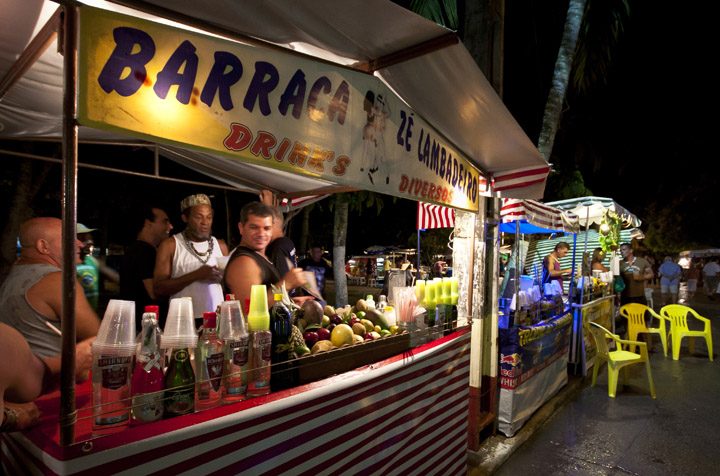 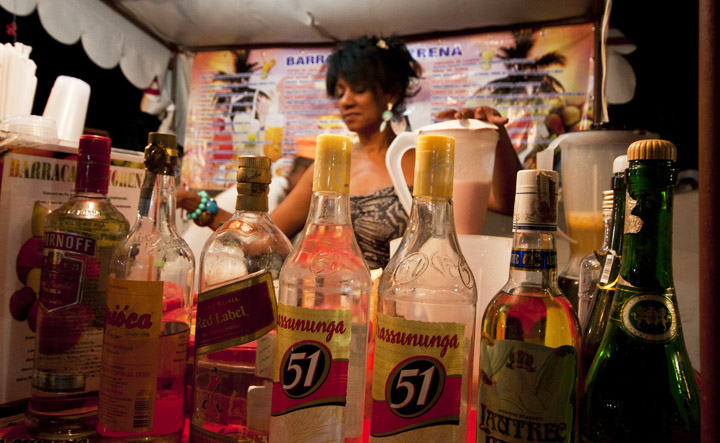 Ok, that’s it for now. In two days I will be back again in Salavdor (a little north from here) and after, maybe, Recife. Follow me and, of course, all your comments are welcomed!